We are the modern fairytale. But waiting in a New York City subway station for the fairytale to come to us; the fairy godmother to fix our lives – it doesn’t always work that way. And Glass Mind Theatre’s production of Adapting Cinderella sets out to show us that everyone can have a happily ever after – but it isn’t always as easy as waiting around for the prince to show up or the shoe to fit.

Two historical takes on Cinderella— one set in China and the other set in Egypt, with a modern framing set in the New York City subway station this tale combines interpretive movement-based dances as well as exploratory techniques to help the audience get the message.

Director Andrew Peters worked with his ensemble to develop this piece to deconstruct the ideas, themes, and imagery that are generally associated with the term “Cinderella Story.” Using familiar text excerpts as well as popular songs Peters and company incorporates everything from Disney Magic to grungy homeless people into this exploration of what being in a fairytale really means. The overriding performance method, aside from storytelling, is interpretive dance. Choreographer Sarah Ford Gorman worked extensively with the actors to create fluid movement-based pieces, often task driven in nature to illustrate the story as it unfolds. One of the most beautiful pieces is during the Chinese story of “Yeh Shen” where Yeh Shen (Cori Dioquino) shares a dance with the magic fish (Sarah Ford Gorman.) The pair mimics and imitates the movements of water, each guiding the other through the dance sharing joyful giggles of youthful innocence. Coupled with the serene sounds of music underscored with the ocean, compliments of sound designer Andrew Porter, this dance piece symbolizes the innocent curious young girl inside all Cinderellas.

The piece is filled with both words and silence, relying heavily on both to tell the story. Cori Dioquino as Yeh Shen spends that entire story segment in silence but manages to express through her physicality all the words that she never speaks. Her body movements are as articulate as her words would be and her facial expressions give the audience every emotion her intonation would provide. Dioquino gives a stunning silent performance, racing through wave after wave of changing feelings and tasks, using her body as her instrument to play her song for eager on-lookers. We see another poignant execution of silence in place of words from Siobhan Beckett as Jin, the evil step-mother, in that same story. Beckett uses piercing gazes and sharp facial movements to express her fury, ultimately painting her up to be the epitome of evil.

The loquacious side of these stories comes mainly from Gus (Peter Blaine) who acts mostly as the narrator, telling his tale to all who will listen in the subway station. He also lays out the setup for each of the new Cinderella stories as they begin. Blaine uses a lot of his own text, created during rehearsals, to express his disenchantment with the Disney notion of fairytales. He expounds upon his bitterness with more words, creating a drastic comparison to the characters who feel similar emotions but express them with their bodies. Blaine’s startling realizations throughout the piece are raw and genuine as if he were speaking from the heart.

The company further dazzles audiences with their unique use of shadow play. Actors during the “Yeh Shen” story stand in front of the scrim acting out the motions of trying on shoes while a shadow of a shoe appears on the curtain. The shadow mimics the action on stage creating a parallel between the two. There is also a use of quazi puppetry during the “Rhodopis” story set in Egypt. Sarah Weissman, Siobhan Beckett, and Francis Cabatac, use animal heads on sticks to interact with Rhodopis (Elizabeth Galuardi) during her time of self-doubt. These animals overlaid with their audio calls create the magic in this story as these animals are meant to be the Gods in an earth-bound form.

There are many other monologues and movement pieces throughout the show that tie the dreariness of reality into the bright sparkling magic of fairytales creating a comparison and a fusion. It is a unique adaptation; designed for interpretation and exploration of the audience’s mind and preconceived notions regarding Cinderella and other fairytales that start with “Once upon a time…” and end “Happily Ever After…” 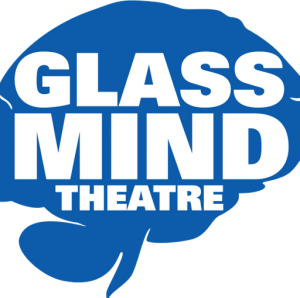 Adapting Cinderella plays through March 25, 2012 at Glass Mind Theatre, in The Loft – 120 West North Avenue, in Baltimore, MD. For tickets, purchase them online or at the box office in person as early as 45 minutes prior to show time.