On Monday night, I got an unexpected chance to catch two-time Helen Hayes Award winner Will Gartshore in a very enjoyable review-type performance at Round House Theatre in Silver Spring. Will is a confident, charismatic and likable guy, an engaging performer, and he’s got a beautiful Broadway voice to boot.

In an endearing autobiographical sequence sketch, Gartshore shared pictures from his early childhood … wonderful superhero pictures of an innocent Canadian baby who believed his purpose in life was to save and protect people with his superhero powers. He shared the kinds of pictures everybody understands,  and the stories he shared served as the segway to his well chosen selection of songs for the evening. We felt his pain as he described how it came to be that he broke his wrist while skating with friends, and we laughed and empathized as he shared stories of love lost and love found that seem to be common among the human race.

Gartshore’s program showcased his broad range as an artist. He leans on the songs of contemporary musical theatre composers such as Stephen Sondheim, Jason Robert Brown, and Bobby Lopez, but never lets his audience forget that he can go with Carol King, Neil Sedaka, or Lady Gaga whenever he wants to and with no trouble at all. He’s funny as can be on comedic and edgy songs, and then beautifully warm and reflective on the sweet ballads that follow. At all time, he is clearly in control. 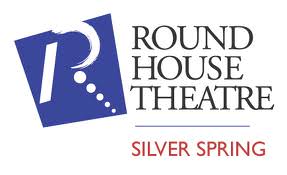 Christopher Wingert was wonderful on piano. While I didn’t see violinist Joan Singer’s style as being the best match for the feel of this show, she is certainly accomplished as a musician, and her warm personality is very well suited to supporting Gartshore’s ongoing antics. Gartshore’s guest performer Ryan Fitzpatrick  had a pure and beautiful voice, but appeared to be not very well rehearsed. I would like to hear more of him in the future after he gains more experience and polishes his performance.

It’s a really fun show, and I highly recommend it.

Will Gartshore in All the King’s Men: Broken Ballads with a Stiff Upper Lip has one remaining performance on Monday March 26th at 8 PM at Round House Theatre – 8641 Colesville Road, in Silver Spring, MD. Tickets range from $10 to $15 and can be purchased online, or by calling (240) 644-1100.