Joel: Where were you when you found out that you had been nominated for a Helen Hayes Award and what was your first reaction?

Ben: I was injured while on the tour in Cincinnati (strained achilles tendon) and out of the show to recuperate, and we had gone up to our apartment in New York to move our stuff back to Virginia. It had been a tough few weeks. My dad was out and he found out from a friend on Facebook. He called my mom, and she called me about 11 that night.

I couldn’t believe it. It really was a dream come true. We had gone to the Helen Hayes Awards twice, first for Macbeth and then for Ragtime, and I never thought I would be nominated for something.

Chris: I was at my day job, which had become my night job by the time I found out I was nominated. I stayed late that Monday to get extra hours. While I was doing paperwork my friend Brynn texted me saying I had been nominated. I just stopped working. I was so happy I couldn’t concentrate.

Joel: What were you nominated for and why did you want to play Michael and Cordelio?

Ben: I was nominated for playing Michael, Billy’s best friend, in Billy Elliot at the Kennedy Center. It was so much fun. I got a chance to be in this show and play a principal role, on a tour, and sleep in my own bed at home.

I’ve been in Billy Elliot for more than two years, and I’ve been auditioning for more than four, before it even opened on Broadway. I auditioned for Billy, then Michael, then Billy again, and finally got cast as Tall Boy/Posh Boy and the Michael understudy on Broadway in June 2010. I did those roles for 15 months, and then was asked to do the tour as Michael.

I love the story and the music and the dancing. Michael is a great role because he’s so happy all the time. He’s really the person that encourages Billy to go for it, and to be who he wants to be as a dancer.

Chris: I am nominated for Supporting Actor in a Resident Play. Initially, I just wanted to be cast in Synetic’s silent King Lear as any role. I had completed training with them earlier that summer and had performed in their Master and Margarita that fall (with text). I wanted to improve upon the movement skills I had acquired already and roll them forward into the next production, my main goal always being to be cast in one of their silent productions. I remembered thinking. “God, I hope I get in Lear.”

To my surprise, Paata approached me and told me not only his concept for the show, but specifically the role of Cordelia. He wanted Cordelia to be Cordelio, a young, gay man. Paata wanted to incorporate a theme of intolerance into the production that would serve as one of the reasons that Lear banishes Cordelio. He believed that if the themes of homosexuality and ignorance were set up correctly in the beginning of the play that by the end, when Cordelio rescues Lear, the reunion of the two would be very powerful and resonate on many levels: acceptance, forgiveness, love and family. He asked if I interested in playing the part. I said yes immediately because I thought the idea could work. It also terrified me.

Joel: What were the biggest challenges for you performing your roles?

Ben: Billy Elliot is a great show, but it’s a lot of work. We have to take classes all the time, go to school, and perform 8 shows a week. For me, the biggest challenge is juggling everything and, right now, taking care of myself.

Chris: Well, there was much pain of the mind and pain of the body involved in creating Lear.  Paata and Irina had mentioned from time to time how intense the process could be in creating a silent Shakespeare play. Of course, they were right. I just had to experience it myself to know the depth of that intensity.

First off, I had developed an acute case of tendinitis in my right shoulder. So dealing with that injury while being incredibly physical was challenging. I was constantly nursing my wounds.

Secondly, the unbelievable amount of revision that occurs in rehearsal is both agonizing and exhilarating. A two minute scene can take 8 hours of rehearsal. Then it can change completely the next night, but always for the better. So my mind was constantly being pushed to the limit in terms of how much information it could absorb and how quickly my body could implement new movement and emotional energy. I had to tell myself, “You can do this, you can do this” over and over again because Paata and Irina demand your best, whatever skill level you are at, which I think is a good thing. I know if we hadn’t worked that hard on Lear it would not have been the success that it was.

Also, another challenge was that I was hung onstage at the end of the play. That was the most involved technical effect in the show. Synetic had custom rigging made for the hanging so it was completely safe, but it was difficult to pull off since Paata had a very specific way he wanted it to look. I had to struggle for my life with another actor before being pushed off a second story ledge. To go from frantic with my feet on the ground to dead weight in the air was not easy. It was a massive emotional climax in the show – my heart rate was through the roof, sweat would be pouring down my face, in my eyes, and I had to play dead 15 feet in the air.

Joel: What are some of the fondest memories you have appearing in Billy Elliot and King Lear?

Ben: I have so many good friends I have made in this show, both on the tour and on Broadway. I’ve been very very lucky to meet and get to know and work with some great people, and I’ve gotten to see parts of the country I never thought I’d see.

The best memory I have from DC is the night that my friends came from my dance studio (Metropolitan Fine Arts Center in Alexandria, VA). It was the week after the show opened at the Kennedy Center and the dance teacher bought 100 tickets. By the time of the show, they had almost 200 people there. You could hear them cheering as the show started, and they were into it for the whole night. Everybody backstage was telling me it was one of the best crowds we’ve had on the tour.

Chris: As corny as it sounds, bonding with my castmates was one of the fondest memories I have from this show. “Lear” was like boot camp (at least for me! God, I hope I don’t sound like a wimp here).  We all gave our blood, sweat and tears (literally) and after you go through that with people your relationships with them deepen, whether you realize it or not.

Also, there was a tremendous sense of accomplishment after each performance. I think back on that fondly, too. There were points in rehearsal where we weren’t sure if the concept of the show worked. Combine artistic doubt with physical exhaustion and the communal mood can become very dark. So when we finally knew that the show worked and we could be confident in it, spirits soared.  We were proud of each other’s work, proud of the show we had created, and proud that we had pushed through the hard times. We trusted Paata’s vision, Irina’s choreography and each other. It was such a high.

Ben: I get to be Billy! I rejoined the tour in L.A. and am training for it now, and then I’ll go back to New York in May to train some more before I go into the show in June.

Chris: Not a clue.  Someone give me a job!

Watch a video trailer Chris and the cast of Synetic Theater’s King Lear.

Watch J.P. Viernes (Billy) and Ben Cook (Michael) are interviewed by Brian Douglas and they talk about what happens at the theater day-to-day while they are on tour in Cincinnati. 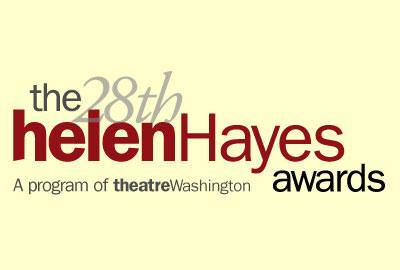 Recipients of the 2012 Helen Hayes Awards will be announced on Monday, April 23, 2012 at The Warner Theatre. Here is more information on the event.