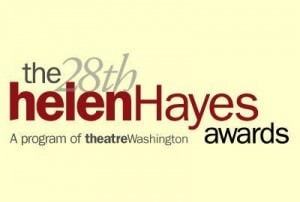 Joel: Where were you when you found out that you had been nominated for a Helen Hayes Award, and what was your first reaction?

Brianne: I was with my mother sailing into New York Harbor on The Disney Fantasy. Three firsts! Sailing past the Statue of Liberty, crossing the Atlantic with a brand new Disney ship and then my first Helen Hayes nomination. What a way to start the day!

Karma: I was crossing the Atlantic on the Disney Fantasy. We just finished tech and were sailing past the Statue of Liberty. Emotional moment to pass Ellis Island and equally emotional moment to share this nomination with my daughter, Brianne.

Joel: What were you nominated for and why did you want to choreograph this production?

Brianne: I am nominated, alongside my mother, for Outstanding Choreography for a Resident production for Hairspray at Signature Theatre.

Karma: I was thrilled to finally do a dance musical again.  I choreograph a lot for Disney – in many venues – but there is nothing like dancing at home.

What were the biggest challenges for you choreographing Hairspray?

Brianne: Being my first professional show in DC, I had a lot to prove. For me my biggest challenge was showing people that I was capable of doing this job at such a young age. Not that anyone doubted me but you always want to come out with a bang!

Karma: The first week I was also choreographing, The Boys from Syracuse at Shakespeare Theatre Company. I was spending 2 hours a day with Hairspray and leaving Brianne there to teach the rest.  Then we’d go home and choreograph until two in the morning to be ready for Hairspray the next day. It was a crazy first week, but it allowed my daughter to show her chops. She did Amazing!

Joel: What are some of the fondest memories you have about choreographing Hairspray?

Brianne: The whole process is a very fond memory! My mother and I threw so many new steps to the cast that they had never tried before. They stuck with us and had fun learning it which made the rehearsal process fun and special. Then watching them perform over and over every night giving 120%. They were truly an amazing group to work with. I wouldn’t change a thing!

Karma: Sitting in the audience and watching the cast give it 120%. They not only rocked the roof off of the building – but the walls and floor as well.  Truly an amazing group of talented people.

Brianne: Currently I am working on Xanadu at Signature Theatre, The Taming of the Shrew at the Folger Theatre, and then I start First You Dream, alongside my mother, at The Kennedy Center.

Karma: Next up – First You Dream at The Kennedy Center. Then Overtures (the program that Eric Schaeffer and I created 10 years ago) to help train upcoming talent. All’s Well That Ends Well at Shakespeare Theatre Company this summer.  The Best Little Whorehouse in Texas at Signature Theatre , and then a little knee surgery.

Recipients of the 2012 Helen Hayes Awards will be announced on Monday, April 23, 2012 at The Warner Theatre. Here is more information on the event.