The Fantasticks has the distinction of being the longest-running musical in history (the original Off-Broadway production ran a whopping 17,162 performances between 1960 and 2002, not including a revival running since 2006). The Vienna Theatre Company’s charming production, directed by Susan Devine, does much to demonstrate the reasons for the enduring popularity of this beloved show.

The Fantasticks (with a book by Tom Jones) is the story of Luisa and Matt, two young romantics from neighboring houses, whose fathers trick them into thinking that their love is forbidden by putting up a wall between the two houses, and use other antics to push the two lovers together. When the truth comes out, all of their lives are set on a new adventurous course with life lessons learned.

The score by Harvey Schmidt and Tom Jones is beautiful , filled with lovely ballads and swirling carnival-like ditties. The opening notes played on the piano can’t help but make you smile. You are also sure to recognize the classic melancholy ballad, “Try to Remember” from this show. The show is quirky; it may be the only show you’ll ever see with a song celebrating an abduction.

The Vienna Theatre Company’s production is set in modern times in the big city (complete with sounds traffic and sirens), a change that is more interesting in concept than execution. The book is filled with flowery poetic language that clashes with the sounds and images of big city life in this interpretation. I did like, however, the portrayal of the mute (played by Donna Naybor) in the form of a homeless woman, although her role was disappointingly more limited than usual.

The two young lovers played by Molly Nuss and Josh Goldman, are well cast. They effectively exude the naiveté and youthful arrogance of their characters, and both share a sweet chemistry. Nuss, who is a junior at Herndon High School, sings beautifully and should have a bright future in musical theater. The two shine on the lovely “Soon It’s Gonna Rain.” Steve Nixon and Kieth Flores do a fine job as the two friendly and feuding fathers, Bellomy and Hucklebee, and share a few delightful numbers, “Never Say No”, “It Depend What You Pay” and “Plant a Radish”.

Michael Schlesinger, as El Gallo, harbors a good tenor voice, but he is playing a role traditionally played by baritone voices. As a result, he does not come across as mysterious and sinister as the role requires. Nevertheless, he sings “Try to Remember” beautifully. Philip Baedecker is terrific as Henry, an old Shakespearean actor, and in another creative but puzzling change, the role of Mortimer traditionally played as an older Indian has been transformed into a youthful punk (complete with Mohawk) ably played by Jacob Wittenauer, but for those familiar with the show, the casting-type change may be jarring.

The orchestra, just as in the original, consists of only a piano and harp (Francine Krasowska and Mark Martin), but the two more than carry their weight. They do an excellent job playing the beautiful score under the musical direction of Paul Nasto.

The modern dress costumes by Anne Marie Nasto are a lot of fun. The set design by Dave Winfield, which is largely made of wood beams, works well. This production features what appears to be two walls (apparently acting as trees) instead of the typical one. The production design also takes a unique spin by using a projected moon instead of a cardboard one. The lighting by Chris Hardy is strong, particularly on the rousing “Round and Round.”

Changes and all, Vienna Theatre Company puts on a good show, and it is certainly great for us to have this delightful show back in the DC area. 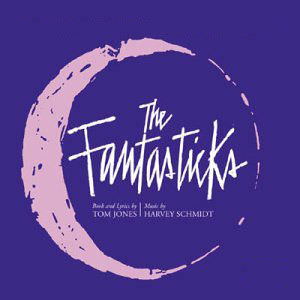