AUDITIONS for a unique and professional performing arts camp experience.

Lynn Sharp Spears is the Director of ‘Summer Theater Experience.’ This year’s sessions will be held in new venues. Lynn talks about the changes, auditons, and introduces us to this wonderful program.
__
Ready to explore your dramatic creativity in a challenging and supportive environment? Summer Theater Experience director Lynn Sharp Spears and her talented staff offer a camp for teens aged 12-17 interested in all aspects of theater who want to develop theater skills with seasoned professionals. 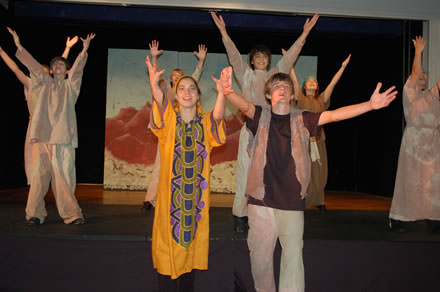 Now in its ninth year, Summer Theater Experience encourages students to build their performance and design skills, enabling each camper to find their own unique voice. Classes include acting, improv, voice and diction, movement and dance, audition technique, stage combat, stage makeup, mask making, and performance. Former students  have gone on to successful theatrical careers and include Ian Harding who plays Mr. Fitz on Pretty Little Liars, and Carter Lynch who you can see in the national tour of Beauty and The Beast. 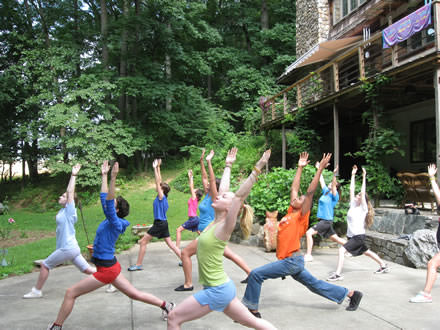 Auditions for the three week session will be held at ARTISPHERE in The Dome Theater May 19th from 12:15 to 2 pm. Students should prepare two contrasting songs and bring sheet music for them, and dress to move. No Flip Flops please!

The Staff of Summer Theater Experience 2012:

Lynn Sharp Spears (Director) began performing professionally at the age of 15, and has been directing and teaching since 1987. Lynn is a company member of WSC Avant Bard and has collaborated with The Kennedy Center, The National Theater, Studio Theater, Source Theater, Atlas Theater, Olney Theater, Toby’s, Networks and Troika National Touring Companies. Her film and television work in production design and casting includes The Learning Channel, Discovery, National Geographic, and The History Channel. Lynn held the  position of Artistic Director at Adventure Theater for  the 2002-03 season.

Doug Bowles (Music Director, one week workshops) is one of the most multifaceted performers in the DC area.  In addition to serving on the voice faculties of American University, Catholic University and Montgomery College, Doug teaches private voice and is a bandleader and author. Doug’s company, SingCo Music, has performed for venues including the Voice of America, The National Archives, and Channel 4 TV.

Mundy Spears (Dance and Movement) has been choreographing professionally for more than ten years in musicals, solo pieces and physicality work for theaters, dance studios and individuals. Her work has won multiple awards at dance competitions on a national level. She last choreographed Henry IV for WSC Avant Bard, where she is a company member, and performed in and choreographed the world premiere of The Crane Wife, at The Atlas Theater. She teaches at Studio 310 and recently started a professional dance troupe there – 310 Entertainment. 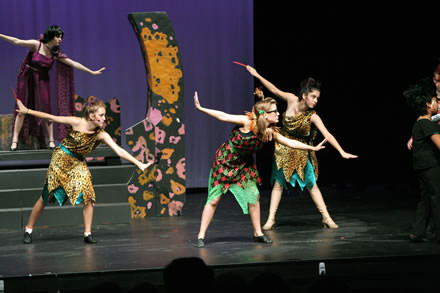