For the next three weeks, Co-Artistic Directors Brian Sutow and Joshua Morgan will be taking us behind the scenes of their new production of Suicide, Incorporated. Here is this week’s article by Brian Sutow.

No Rules Theatre Company has never decided we had to do a show as quickly as we decided to produce Suicide, Incorporated. I had been hearing about the show from a number of people in Chicago (where I grew up) and after hearing a number of raves I got my hands on a perusal copy of the script. As soon as Co-Artistic Director Joshua Morgan and I finished reading the script, we knew we had to produce the show and so we effectively added an additional production to our 2011-2012 Season (in this economy? Are we out of our minds?).

The show was a major success with critics and audiences alike when it premiered at The Gift Theater in Chicago (in fact, it ended up selling out and having a second run) and it only takes reading a few pages to see why: the show is funny as hell, full of exciting twists and turns, thought provoking and ultimately quite moving. In other words, it does everything I want a good night of entertainment to do.

Now we are at the beginning of rehearsals and it has been a fascinating start to the process. Andrew Hinderaker, the playwright, had written several new drafts of the show for us to work with following its run at Roundabout in New York.  As a playwright myself, I know how essential the second and third production of a new work can be and I’m thrilled that NRTC gets to be the home to third rendition of this story. Hinderaker is already well on his way to becoming a very important new American playwright, so it has been thrilling to have him skype in to rehearsal and offer us his thoughts and rewrites. 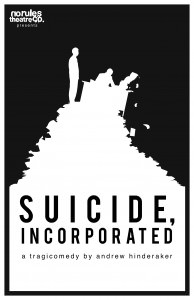 This is a story that is in large part about the male persona and masculinity, a subject I feel like we rarely see observed with anything other than cynicism or stereotypes in the theater.  It has been fascinating to watch all of the actors work on a script that deals with the male persona in a way that is colorful, thoughtful and dimensional. As actors, we are all rather used to being open, emotional creatures, and so one of the main challenges thus far has been finding the way to properly activate the play’s men who are often unwilling or unequipped to clearly express themselves.

Our poor stage manager and assistant director have the unfortunate task of being the only women in a room full of men who are all too good at expressing themselves. So far they have held their own, even through our recurring bouts of scatological humor.

We have three weeks left to continue to dig into our characters, find the twists and turns of the show, and figure out all the best ways to use a very special purple water bottle (you’ll have to see the show to understand). Hope to see you there. 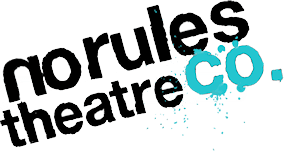