Like many parents with school-age children, a standing feature on many of our Saturdays is toting the kids to various lessons. For all of our kids, those precious weekend hours have revolved around one place: a dance studio in Northern Virginia.

Metropolitan Fine Arts Center, or MFAC as it is known, is a non-competitive dance studio that has branched out to offer classes in acting and voice. It also is the recipient of much of our family’s discretionary income over the past eight years.

While the studio’s emphasis is on the kids’ fun and enjoyment, it also is on skill building and performance training. The big picture goal, if kids and their families wish to go for it, is to develop performers who will pursue careers if they wish.

Throughout their elementary school years, all three of our Virginia-based children – Ben, Emma, and Kate – took multiple classes on multiple days and nights at MFAC. They participated in the annual spring production – a melding of the traditional dance recital and a musical theatre show – and summer dance and theatre camps. Nicholas, our oldest son who grew up in North Carolina, saw his passion ignited at a musical theatre camp; now he’s working toward a degree in acting at Elon University.

My wife and I have become friends/acquaintances with a number of the families that are part of our kids’ core group. As Ben started working professionally, most were extremely supportive and a number came to see him in DC-based shows. They’ve also watched out for our daughters, given them rides, and helped us out when we asked. You can tell they seem genuinely proud that “one of our own” is living his dream.

That said, competition is embedded into any extracurricular activity, whether the team or studio competes for trophies or not. And some parents have definitely looked at our son’s pursuit of a professional career with a raised eyebrow, wondering if he was the recipient of favoritism, questioning why we “pushed” our child into a professional life at such a young age, and asking if this experience is “changing him.”

No question that, as a male who sings and dances, Ben has an advantage over females. Girls pursuing careers in the performing arts outnumber boys by a huge ratio, something you can see by peering into any class at MFAC or other dance studio. It is simply harder for girls to break in because of the numbers.

At the same time, the gender advantage also can be a disadvantage, simply because a boy who pursues a passion for dance is considered “different.” And, as diverse and open as Northern Virginia is about a number of things, “different” still is not widely embraced as you would hope, a theme echoed in Billy Elliot.

Natural talent and gender advantages would be all for naught, though, without passion and training. As parents, we are very fortunate. Our son – and to varying degrees, the rest of our kids – has passion for his craft in spades. When all the kids are at our house, dinner rapidly morphs into dinner and a show. And I can’t tell you how many times I’ve told Ben to stop doing turns in second in the living room, or feared that Emma would come through the ceiling while working on handstands in her room.

Jill and I have tried to support that passion by giving our kids the opportunities to get proper training. MFAC, for Ben, was a great start. For Emma, his twin, it is a great place to find her passions in life, an outlet and an opportunity for exercise, and a terrific social circle. For his older sister Kate, it remains a mostly fond memory.

When the Billy Elliot tour came to the Kennedy Center last December, MFAC supported the show by purchasing 100 tickets for parents and students. By the night of the performance, we had almost 200 people in the audience, many of whom had never seen our son perform professionally. 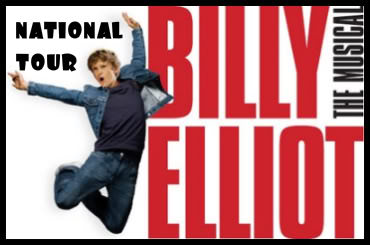 After the show ended, I saw a couple of people who had openly questioned our choice to allow Ben to pursue work as a professional performer. As he talked to his friends, one told me he looked “so comfortable” on stage. Another said she was glad to see he “hadn’t changed.”

In some respects, those are the best reviews he’s gotten yet.