In her Iconic red trench coat and fedora, Carmen Sandiego has been the subject of a computer game, a cartoon, and a children’s game show. She steals famous artifacts from across the globe and in the process teaches children about geography. But what is the tale behind this mysterious villainess?

“Is she bad? Is she good? Is she misunderstood?” asks Jeff Vonch, writer and producer of a new comedic musical inspired by the crimson-clad criminal.

Where in the World? The Untold Story of Camilla Sanfrancisco answers these questions in a manner which is at once touching and entertaining. The story follows Camilla, a geographically-savvy top sleuth at ACME Detective Agency, after she is accused of consorting with the criminal organization VILE. Camilla strikes out on her own: beginning a quest to piece her life back together and clear her name. 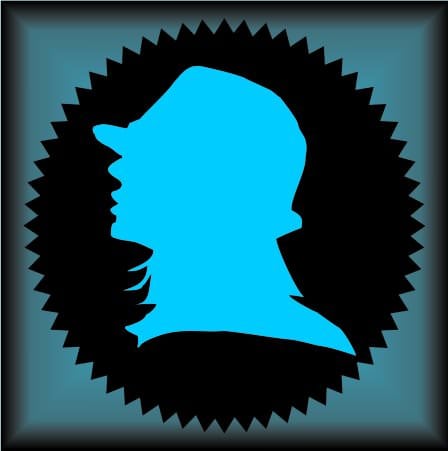 Meanwhile, her former colleagues are in hot pursuit: what follows is a race for clues that spans the globe. Camilla’s mission is further complicated by encounters with nefarious (and hilarious) henchmen.

As Camilla digs to the bottom of the mystery, the audience is treated to ditties and dances with global perspective. Among them are a ragtime number, a Bollywood-style bhangra dance, and an Argentine tango.

Vanessa Kinzey, who stars as Ms. Sanfrancisco, is enthusiastic about her second Capital Fringe production. “I used to dress like Carmen Sandiego as a kid! I knew I had to go to the auditions.”  Kinzey was further drawn to the lead role because “she’s smart, thinks outside the box, and maintains her ideals.”

The story not only captures the nostalgia that is commonplace from the recent deluge of children’s stories and cartoons turned into summer blockbusters. Where in the World? also reflects on universal themes. Among these are to “be careful who you trust, stay true to yourself, and work hard,” says veteran Capital Fringe Director Patrick Magill. “This is a show that takes us back to our childhood, while still being relevant today.”

But in the tradition of great musicals, will the story have a happy ending? Magill says, with a knowing smile, “She’s going to stay on top.”

Where in the World? The Untold Story of Camilla Sanfrancisco is being produced for the 2012 Capital Fringe Festival by CrimeTime Productions at The Studio Theatre’s Milton Theatre – 1501 14th Street, NW. in Washington, DC.