After appearing in four Fringe shows, I decided to go out on a limb as writer, director, producer, and founder of a new company: King’s Players. Our first show, In the Company of de Sade, premieres at The Capital Fringe Festival on July 17th.

It is not a show for the faint of heart. If anything offends you, In the Company of de Sade will probably offend you. However, it is hysterically funny and thought-provoking, as well. The cast includes Jacinda Bronaugh, Anthony Carchietta, Kat Gadway, Mitch Irzinski, Sara Joy Lebowitz, Brittany Morgan, Madeline Muravchik, Alexia Poe, and Daniel Rovin and our Stage Manager is Elisa Perez. They are a strong, passionate, fearless, and hilarious bunch. Never have I laughed so hard at rehearsals.

In 1795, the Marquis de Sade wrote the dialogue piece, Philosophy in the Bedroom, banned in its time and still currently banned in some countries. In 2012, a director adapts and stages this work in Washington, D.C., with its complete, original blocking intact. However, there is one person who is none too happy about this production and will not stop until the production is shut down forever. A raunchy, funny play-within-a-play about sex, art, and theatre. If you see only one play about the Marquis de Sade at Fringe, make it this one. 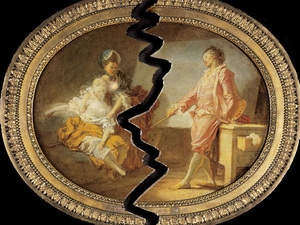 Purchase tickets by clicking on the performance below that you want to attend, or purchase them here, at Fort Fringe – 607 New York Avenue, in Washington, DC, or call (866) 811-4111.

In the Company of de Sade Capital Fringe show page.