When Mark Whitney, solo performer of Rightful Masters, thanked us for supporting ‘independent theater’ at the end of his ‘performance’, the audience looked puzzled. Because Rightful Masters may be many things, but it’s hard to justifiably define it as theater. Nor does it correspond to its advertising blurb. If you go along expecting the advertised show about US politics, perhaps with characters and plot, you will most likely be disappointed. Its festival categorization as ‘comedy’ is inexplicable. And its promise of ‘a legal mystery solved’ isn’t fulfilled; in fact, there isn’t really anything new in this presentation, and certainly no uncertainty or suspense. At best, I might describe Rightful Masters as a disorganized lecture; at worst, an hour-long shouty rant with videos, designed to force this wannabe Michael Moore’s agenda upon his bemused audience. 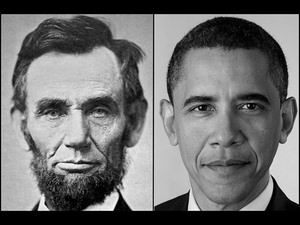 Whitney is an awkward, uncompelling presence on the stage, wearing a Harvard Law t-shirt as an intended ironic emulation, I assume, of the university professors he disparages; in fact it comes off as rather facile. This theme is continued as Whitney delivers his performance in the form of a lecture with powerpoint slides that contain various videos of presidents, defense secretaries, apparently racist politicians and the like, that support his argument that US citizens (the eponymous ‘rightful masters’) should halt the “aura of legitimacy” that surrounds acts of violence perpetrated by the US government since 9/11. At first I hoped his dry, unengaging, and angry style (and his failure to learn his script and repeated referring to a piece of paper) was an ironic performance; five minutes into this show, it was clear that this wasn’t the case. As Whitney made statements that should have been compelling and rousing, such as “the government needed a court order to eavesdrop on this person, but didn’t need one to kill him!,” I counted four members of the audience around me who had fallen asleep.

After an hour of conspiracy theory style exposures, juxtaposing film clips, audio, and disturbing images, Whitney eventually wraps up his hour-long one-sided argument by manipulating the audience to essentially vote that he is right. After the show, I overheard a fellow audience member lamenting that “of all the awful things about this show, the most awful was them keeping the house lights up so I couldn’t have a decent nap.” I left feeling I’d been to a long, biased lobbying session disguised as a lecture. Ultimately, Whitney’s message is important, and it deserves a platform, but I’d suggest that in this particular format, the Capital Fringe Festival isn’t that platform.

LINK
For more information and to purchase tickets, click here.