The Theatre Lab’s production of Jason Robert Brown’s musical Parade marked another entry in the long line of excellent musicals that showcase the outrageous talent of their young performers. The young performers presented this emotionally jarring show with remarkable maturity in their acting and musical renditions. 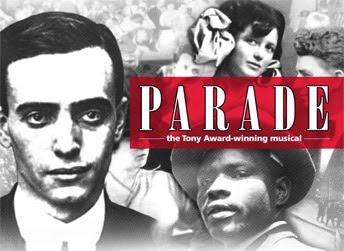 Manuel Ayala Sapelli and Maggie Roos lead the show with their adept performances as Leo Frank and Lucille Frank respectively. Manuel’s hilariously sleazy rendition during “The Factory Girls/Come Up to My Office” was a highlight of the production and one of the more amusing moments in a sober, sad show. Maggie’s first solo of the show, “You Don’t Know This Man,” once again showcased her awe-inspiring vocal talents. One of the strongest actors of the show was Aidan Quartana as Hugh Dorsey. Aidan lent a subtle maturity to that role that made his villainous motivations believable. Aidan’s duet with Charlie Rubinovitz’s Judge Roan, “The Glory,” was absolutely beautiful. Matt Calvert’s Britt Craig was at the other end of the spectrum of villainy, flamboyantly making his entrance with “Big News” and establishing himself as an opportunistic and sensationalist journalist.

With such a large cast, it’s hard to cover all of the great performances in the ensemble but several songs stand out as absolutely amazing. The voices of Julia Estrada, Connie Kessler, and Cierra Marco in the accusatory “The Factory Girls/Come Up to My Office” were hauntingly beautiful. “A Rumblin’ and a Rollin’” broke up the musical style of the show, featuring the lovely voices of Alyse Wilmore, Jayme Lawson, Ashley Nicholas, DevinRe Adams, and Kenneth L. Washington, Jr. The show’s company numbers were outrageously enjoyable: “The Old Red Hills of Home,” “Hammer of Justice,” and “Where Will You Stand When the Flood Comes?” stood out as wonderful meshes of the group’s voices. Maggie Monahan’s Watson masterfully lead several of these company numbers with ferocious tenacity and outrage. 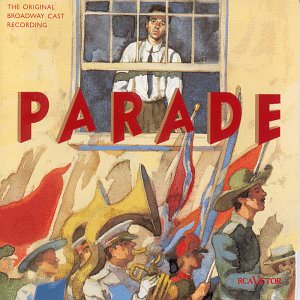 At times, relatively low production values diminished the power of the subtler moments of the show. Between the Theatre Lab’s focus on its teaching mission and the $15 ticket price, they can only do so much. The loftiness of the space occasionally clashes with the lack of a microphone system, leaving quiet lyrics oppressed by the deeper sound of the band’s music. During ensemble numbers and louder solos, the true potential of the production shone through as pure voices balance perfectly with the music. However, this issue doesn’t change the excellence of the performers and the other technical components of the show were very strong.

The period-appropriate costumes, courtesy of designers Lynnie Raybuck and Melissa Gilbert, for the huge cast were great and engender a strong sense of the disparate maturity of each character despite the relatively close ages of the actors. Deb Gottesman and Buzz Mauro’s overall direction was strong and as a whole the show pulled together excellently.

The Theatre Lab sets a high standard for youth theatre and that record goes unbroken with this excellent production. This production of Parade was a gem and at $15 it was a steal. If you missed Parade this weekend, keep an eye out for the Theatre Lab’s upcoming production of Urinetown.