Landless Theater Company’s revival of President Harding is a Rock Star, written by Kyle Jarrow and directed by Melissa Baughman attempts to draw parallels between the life and metoric rise of the 29th President of the United States, Warren G. Harding and the ups and downs of fame of the rock stars of the current day. This zany, loud rock musical, is the story of the charismatic, well-intentioned Warren G. Harding (Andrew Lloyd Baughman), the woman who pushed him to become more, his wife Florence Harding (the beautiful Justine Hall), and the unreliable advisors who would lead him to scandal and ruin. 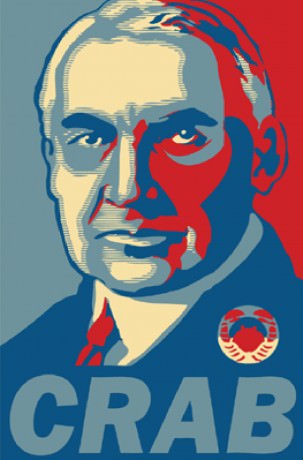 With toe-tapping rock music and heart wrenching rock ballads and epic guitar solos, the cast takes the audience through the humble beginnings of Harding, his rapid rise to President, his popularity, gambling away the White House China, his penchant for younger mistresses, and his horrible choices in the advisors he surrounded himself. The members of the band include Mickey D. Daguiso (band leader and keyboards), David Horch (drums and various other roles), Lauren Ebbin and Melanie Kurstin (backup singers), Jack Sossman (guitars and other roles) and Ray Shaw (bass). There are also cameo appearances by Napoleon (Daguiso) and Alexandar Hamilton (Shaw) and body shots (of the alcoholic kind)

big kudos to the cast who rocked their hearts out even in the unbelievable stifling heat of the gypsy tent. This was definitely “The hottest show in town!”

For more information and to purchase tickets, check our Fringe Preview.