Raymond (James Radack) loves Hummels. No, I mean he REALLY loves them. For those not in the know, Hummels are porcelain figurines depicting apple-cheeked boys and girls in all sorts of settings. They were created in the 1930s by  Sister Maria Hummel, a German nun and some versions are worth a lot of money. Raymond, a lonely boy who becomes an even lonelier man, received his first Hummel from his grandmother at the age of 5. Seeking solace in the cheerful porcelain boy with the fishing pole, he becomes obsessed with collecting Hummels. 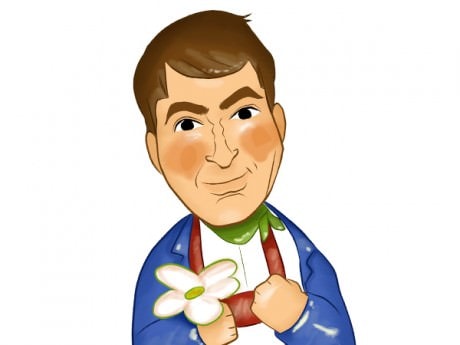 Fast forward 25 or so years, Raymond works at a gift shop and is in charge of their Hummel collection and also belongs to a Hummel collecting group run by Mrs. Klein (Wendy Wilmer).  Mrs. Klein’s daughter Heidi (Heather Whitpan, also the playwright) is a free spirit but not so lucky in love. Mrs. Klein gets the great idea to set the two of them up and from there the story grows.  Throw in an unlikely phone-sex operator, Greta (Rebecca A. Herron) and you have an imaginative story of what it means to be a friend and how the intricacies of relationships are difficult to manage.

Whitpan’s script is fantastic and what I loved about it most is that it zigs when you expect it to zag.  Kevin Finkelstein’s direction is thoughtful and the idea of having pictures of Hummels projected behind the actors is genius. The actors are perfectly cast and display great comic timing, but what impressed me the most is that it would have been easy to make each character a caricature given the story, but by taking each character and their choices seriously, they make a good show a fabulous one. Don’t miss it!

For more information on the show and to purchase tickets, please go to our Fringe Preview.