Filmmaker Shawn Anthony is an accomplished illusionist, known as the “Post Modern Houdini.”  He is also the creator of Vampires: Rise of the Fallen, a full-length feature film currently on location in and around Maryland. Here he details his vampiric vision for this film and how the execution of his mystical adventure is progressing. 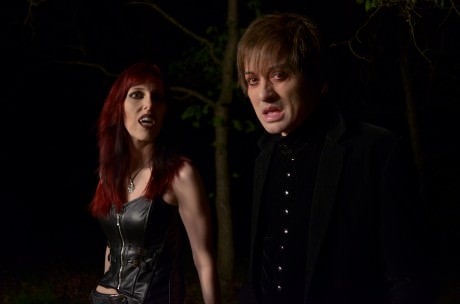 Teresa: You are an actor and illusionist. What do these two talents bring to you as a director?

Shawn: I think even as a small child I was directing. Playing with GI Joes and setting up the scene to unfold the action was one of my favorite things to do as a child. I began acting when I was 9 and carried the philosophy that and actor listens and learns from the director how to best interpret the character and his goals to the audience. At this time I was also doing magic which showed me certain rules of breaking through the fourth wall to emotionally engage the audience. I bring these same principles to my writing and Directing. It is not about what you see – but instead it is creating the illusion for the audience to see what they need to – in order for them to dispel their belief and feel for whoever is on the screen. It’s an emotional roller coaster that we take together on both sides of the camera.

Your current film project, Vampires: Rise of the Fallen, is getting a lot of local buzz. Tell us what your audition process was like. 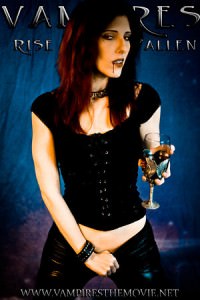 We held auditions in January and received over 1000 audition videos worldwide. From those videos we selected 300 people we wanted to see. At this point we did a cold read from the script with large groups to see what characters would fit best together. From there we brought the video footage to the office and started piecing together what we feel is an extremely strong cast.

How did you connect with this project and the screenplay?

I have six screenplays written that I am producing through my film company Hell Fire Club Studio Pictures. I wanted to bring forth a Vampire movie that had a feel for the Vampires many of us grew to love and fear as children. Tim Burton has been one of my biggest influences with my writing and directing so I like to bring a bit of a twisted sense to each film that catches the audience by surprise.

Can you share a little about who you cast for your leads, and why?

There are many characters in this film however I would say the main leads would be the Vampire Coven. Vince played by Johnny Alonso, and Scarlett played by Jessica Felice, are the two main Vampires in the coven. I selected these two for multiple reasons. When fitting the character of Vince I wanted a strong male with a Lestat style flavor to him. He had to be rock and roll but with multiple layers, I could think of no one better to play that role than Johnny. He has continued to impress me on the set and really embodies who and what this character is. 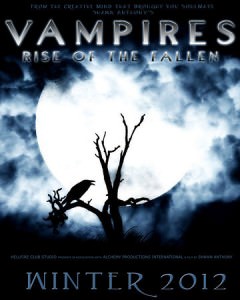 Scarlett was also very difficult to cast because of the depth of this character and what is not said by her but instead communicated through her actions. Not only did this actor have to be strong with the dialog and accent that Scarlett has, but she really needed to be able to dive into this characters backstory and interpret how an 800 year old Vampire would behave. Jessica Felice nailed her at the cold read and once she got the call she engrossed herself in Vampire lore, movies, and stories to gain the perspective needed to bring this character to life.

Johnny and Jessica have an on screen chemistry that is unreal. They are both method actors and once they are in makeup they become their character and are inseparable on the set. We have even had other cast members afraid to approach them because of how fierce the look and act on set before the cameras are even rolling.

I really believe I am fortunate to have to actors of this caliber on the set and I know we will be seeing a ton more from them in the future.

We have a strong cast in general and they are like team captains on the set.

With the latest explosion of vampire interest in our pop culture, what angle are you taking with Vampires that offers something fresh?

Well the first thing I did was changed the mythology of where Vampires come from. Our Vampires are called’ The Fallen’ because they are descendants of the Angels that fell from heaven described in Genesis in the Bible. They are not all monsters and the audience will probably find themselves siding with the Vampires during the movie. We have taken away Hollywood’s notion of Vampires not being able to walk in the daylight and have made ours capable of doing so. They can’t be killed with stakes; they can only be killed by decapitation, which goes back to Romanian lore. 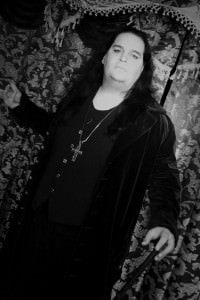 I think audiences will relate to the creatures because they are the archetype of people who feel like they don’t belong but must live within a world where they are misunderstood and often hunted for their differences. I feel like this will touch people on an emotional level but also inspire people to become their highest vision.

We are shooting in Fredrick, Maryland, where we will be using an old school and movie theater, Ellicott City where the Vampire Coven house is located, as well as the Order house. We filmed this past weekend in Reisterstown at a store called Tina’s. So we have been all over the state thus far.

Where can we find updates on the filming and release?

Updates can be found in several locations we have a Facebook page for Vampires Rise of the Fallen.

Our Studio website, and the official Vampires: Rise of the Fallen website, which will be updated on June 1st.

What is your release date?

We are looking for a widespread release this winter and a Baltimore premiere in October.

I just found out that a film called SoulMate: True Evil Never Dies by Shawn Anthony has  received 7 nominations in the upcoming WMIFF Film Festival in Washington DC.

SoulMate will be showing at the WMIFF Film Festival on August 23, 2012. More information is here.