In addition to Way Off Broadway’s regularly scheduled Mainstage and Children’s Theatre seasons, the theatre also hosts a number of special events each year.  Some of the most popular events at the Frederick theatre are Way Off Broadway’s interactive murder mysteries where the audience gets involved and helps to solve the case at hand. In recent years, the mysteries have been set to the backdrop of a competitive cooking show, a drag night club, and a talent contest, much like American Idol. Way Off Broadway and Justin M. Kiska, the author of the theatre’s interactive mysteries, are adding a new case to their crime files this year with The Campaign Caper, which will have performances Wednesday, October 24th and Thursday, October 25th.

During a heated campaign, anything can happen. With the election just days away, the candidates are out to win every single vote possible. And in today’s wild world of politics, nothing is left to chance. Every event is carefully choreographed, every remark tested on a focus group. So what happens when something goes terribly wrong and the Goodhart for U.S. Senate campaign is rocked by the ultimate scandal – a murder at a fundraiser! Could a campaign manager really kill for their candidate? What about the candidate’s freeloading brother? Could the killer be someone in the press? It will be up to the audience to decide “who dunnit” in Way Off Broadway’s brand new mystery event, The Campaign Caper!

The Campaign Caper will be the ninth mystery Kiska has written for Way Off Broadway over the last seven years. Other crime capers that have played at the theatre include The Case of the Oldest Living Showgirl, Murder by Marriage, A Fantasy Fairytale Murder Mystery, and The Class Reunion Case. But with elections held every two years, The Campaign Caper will be the first time politics is ever the theme of the show.

“It’s actually a little funny that I have waited this long to write a campaign mystery,” says Kiska. “While I was in college and after I graduated, I worked in Washington for Elizabeth Dole on her presidential campaign and in her personal office after the 2000 Elections. Government and politics have always been a huge part of my life.  But I always shied away from writing a campaign mystery.”

Always trying to base the theme of each mystery on current events and popular trends at the time, with a heated presidential election underway, Way Off Broadway and Kiska decided it was the perfect time to have “a killing at a campaign event.”  And as always, and what makes Way Off Broadway’s mysteries so much fun, the audience gets to be a part of the show and help solve the case.

Detective stories and mysteries have been a part of our entertainment culture for as long as anyone can remember. From the days of Sherlock Holmes and Agatha Christie to the modern television crime shows of today, everyone loves a good mystery. Everyone thinks they can be the next Sherlock Holmes. At Way Off Broadway, they have that chance.

Way Off Broadway’s mysteries have become so popular that in 2011, the theatre partnered with the Walkersville Southern Railroad to produce interactive mystery dinner trains on the line throughout the year.

The Campaign Caper will have a limited two performance run October 24th and 25th at The Way Off Broadway Dinner Theatre. Doors will open each evening at 6:30 p.m. for dinner. Tickets are $40 per person and may be purchased by calling the Box Office at (301) 662-6600.

For additional information about Way off Broadway or any of its productions, visit the theatre online. 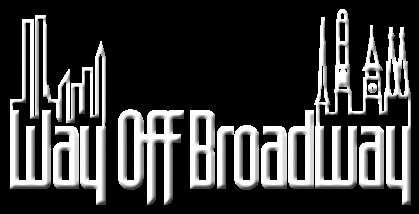 The Way Off Broadway Dinner Theatre has been a leader in the region’s performing arts community since it first opened in 1995. Under the direction of the Kiska Family since 2002, Way Off Broadway has produced such productions as A Funny Thing . . . Forum, Guys & Dolls, Steel Magnolias, Oklahoma!, Grease,Fiddler on the Roof, The Odd Couple, A Chorus Line, Lend Me a Tenor, The Sound of Music, Thoroughly Modern Millie, Evita, Cats, The Full Monty, South Pacific, and Hairspray, as well as the regional and/or area premieres of Neil Simon’s The Goodbye Girl – The Musical, Jerry Herman’s La Cage aux Folles, the musical comedy The Wedding Singer, Mel Brooks’ The Producers, Dirty Rotten Scoundrels, and The Drowsy Chaperone. Located along Route 40 West, the Golden Mile in Frederick, the theatre also produces a one-of-a-kind children’s lunch theatre, as well as a number of special events throughout the year.