She has two Tony Awards now and is entertaining TV viewers on her new series Bunheads, and now Sutton Foster is returning to the DC area to perform at George Mason University on September 29th. I asked Sutton about the concert, her success of her new television show, and and her plans for a future return to Broadway.

Joel: Sutton, Your DC area fans are thrilled you are back to perform at George Mason University’s Center For the Arts on September 29th at 8 PM in the concert hall.  What will you be performing, and who will be performing with you?

Sutton: I am so thrilled to come back to DC… I’ll be performing with my Music Director Michael Rafter on piano. It will just be me and him. A small intimate evening. I’ll be singing songs from shows I’ve done on Broadway as well as songs from the two solo albums I’ve recorded and as well as a bunch of new songs that Michael and I have been working on.

How did you select your song list, and is there a running theme throughout your program?

Michael and I really work hand in hand. It’s a true collaboration. We met doing Millie 10 years ago and have been working together ever since. We both bring songs to the table… we listen a LOT… mostly we are inspired by lyrics or a tone of a song… a vibe… Lately we’ve been focusing a lot on the standards… songs from the 30’s and 40’s…

I saw you perform at The Barbara Cook Spotlight Series last January. Is the GMU program the same or have you taken out and/or added any new songs for the GMU program?

There are some of the same songs… but we have added about 8 new songs.  Michael and I are working towards a new album… so we are trying out a bunch of new stuff on our tour this fall.

How would you describe DC audiences, and why do you enjoy performing in the DC area?

I loved performing at the Barbara Cook Spotlight Series…. I found the audience to be welcoming and enthusiastic…  I can’t wait to sing at GMU

Now that Anything Goes has closed, what were some of the fond memories you had about performing in that production? (And congrats on winning your second  and very well-deserved Tony).

It was truly one of the greatest experiences of my career and also one of the most challenging. And to sing those iconic songs… I remember singing “Gabriel” and just thinking, ‘I can’t believe I get to sing this song every night… this is unreal’. And the production number of the title song was a thrill to do every night.

Are there any new musicals and projects that you are considering in the near future?

Right now my main focus is concerts and Bunheads.  But I would LOVE to perform on Broadway again… 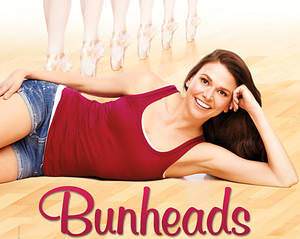 What roles on the stage that you haven’t played yet – would you love to play and why?

If you could host a dinner and invite 5 Broadway legends, who would you invite?

If you and your brother could both star in the same show(s) which one(s) would you want to appear in.

Cabaret... I’d love to play Sally Bowles… and I think he’d be a great EmCee.

What advice would you give a young actor or singer who is considering making theatre his/her career?

Take opportunities… no matter how big or small – especially when you are starting out. And be kind… respect and kindness go a LONG way. Work hard… respect your peers, teachers, directors, castmates, crew…. People want to work with good people.