This past Saturday afternoon’s performance of KAT 2nd Stage’s production of The Wizard of Oz at The Arts Barn in Gaithersburg was sold out. It was a family production and the Arts Barn was a welcoming place for families. They had raffles, a silent auction, face painting, balloon animals and other activities. A fitting storm passed through the area as the show was performed.

The first thing that caught my eye was the stage set up. The props were exceptional throughout the play. The ones that stood out the most to me were the house in Kansas, the wagon they were working on, and the wagon in the Gypsy camp. Director Darnell Morris was the prop designer and Doe B. Kim was the master carpenter and together they created incredible sets. There were human props too! The most notable human props were the apple trees and the poppy fields.

Credits for the costumes were given to EBDDesigns, Port Tobacco Players, Cheverly Young Actors Guild and Sue Goldberg. The play had a lot of costumes and needed lots of resources. It paid off as the witches, munchkins, flying monkeys, human props, Dorothy’s family, winkies, guard, Tin Man, Scarecrow, and lion all had different costumes for each character they played. I really liked the contrasts between Glinda’s costume and the Wicked Witch of the West costume.

Catherine Callahan was charming as Dorothy. She was great at interacting with the cast and she was able to portray many emotions well. I loved her chemistry with  Scarecrow (Russell Silber) on “If I Only Had a Brain.” I wish, however, that  Catherine would have been miced or sang louder on “Over the Rainbow.”

Russell Silber shined as Hunk and the Scarecrow. My favorite scene was when the Scarecrow lost his legs to the flying monkeys. He was so entertaining as he tried to put himself back together. Judging from the crowd reaction – the audience enjoyed his performance as well.

Anastasia Herne played a great villain as the neighbor who wanted to take Toto, Miss Gultch and the evil Wicked Witch of the West. I loved her mean visit to the Gale Farm and her fear-producing visit to Munchkinland. She was terrific!

Sarah Powell played the caring Aunt Em at the farm in Kansas and the charming good witch Glinda in Oz. She was at her charming best during the “Munchkinland Sequence.” Of course that scene was aided by the Munchkins: Jalir Abraham, Tristan Collier, Anna Corbin, Madelyn Fox, Clara Harney, Josie Moore, Sam Salem, William True, Brooke Touchette, and Darcy Touchette. The young actors and actresses also portrayed Poppies and Flying Monkeys. The younger audience members loved them. Kids love to see other kids on the stage.

Harrison Smith played Zeke and the Lion. His renditions of “If I Only Had the Nerve” and “King of the Forest” were wonderful and he brought enthusiasm and excitement to his performance. The audience loved him.

Jonathan Evans played Hickory and the Tin Man. His performance as Hickory was memorable, and he was brilliant with his movements when he needed oil as the Tin Man. His renditions of “If I Only Had a Heart” and “Lions, Tigers, and Bears” were quite ‘heartfelt.’

Doe B. Kim played multiple supporting and important roles including Professor Marvel, the Emerald City Guard, and The Wizard of Oz. As mentioned before – Doe was the master carpenter whose hard work was on display in the props. He was also in charge of the projected image design working along with video designer Patrick Pho on the videos and images shown on a screen at the back of the stage. The images and videos added much to the set and the show.

The Arts Barn has a wonderful production for the whole family. It is a great way to spend a rainy day or have a family night out. Enjoy some theatre and adventures over the rainbow at KAT’s The Wizard of Oz.

Running time: 2 hours and 15 minutes, including a 15 minute intermission. 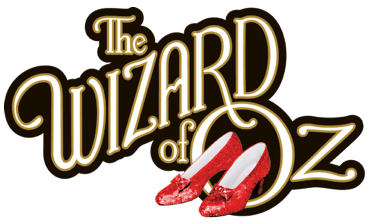