Port City Playhouse steps up with their version of Medea. The Greek tragedy by Euripides starts off their 35th Season with a hit.

Port City Playhouse is a community theater based at the Lab at Convergence. Its mission is to step outside a usual community theater’s repertoire. They also try to highlight the diversity of our society in the plays they choose. They’ve been putting on shows in venues around Alexandria since 1977. They are supported by volunteers, members, and the Alexandria Commission for the Arts.

The Lab is a neat space in southern Alexandria. Their docket of activities made me wish I lived closer to come more often. This play was certainly worth the trip. 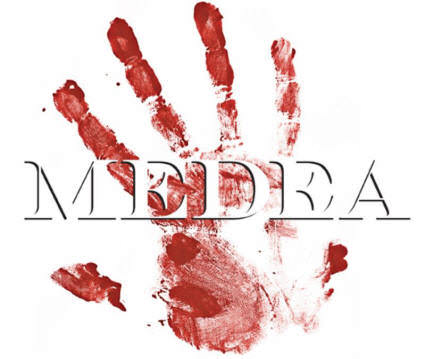 “What evil can she do at the tail end of the day?” King Creon (Terry Gish) asks as he gives into Medea (Anissa Parekh) and her plea for more time before he banishes her. The action spans that half-day as Medea seeks vengeance on her faithless husband Jason (Michael Crowley) after he abandons her and their two children to marry someone else.

Director Rachel Hynes has set this in the 1950s, a choice that works well. She successfully balances ancient, ritualized theater forms with the quintessentially modern story of a divorce gone very, very wrong. She plays with the stylized “rules” of Greek tragedy with its traditional three speaking actors and a singing, dancing chorus. In her version, their dance becomes the subtler repeated every day movements of putting on lipstick or cooking for the audience. They are gossiping ‘50s housewives in high heels – first fascinated and then horrified by the drama they witness. Rebecca Fischler, Krista R. Grimmett, Casey Lefue, and Jenna Zhu all did a great job and really threw themselves into it.

The adaptation of the play they are using by Robinson Jeffers is conversational and the scenes between actors are indistinguishable from modern drama – something Euripides is credited with helping to create. Certainly, this play is a departure from much Greek drama in the humanity of its female protagonist. The audiences in Athens were not completely sold on the idea. Euripides was at the height of his career when this premiered in 431 BC and only came in third at the competition this debuted at.

The scenes between Medea and Jason as they compare notes on just who gets the blame and the credit are the strongest. Crowley as Jason has a delicate balance to maintain as the slimy and self-righteous guy who just left his wife, and yet we still must believe that she would have ever married him in the first place. He pulls it off. Parekh as Medea also must maintain the audience’s sympathy as she contemplates her revenge and she does. At one point, she brings up everything she did for him, and he says that he could take credit for all of it because the Goddess Venus favors him, and being a woman, she just couldn’t help responding to that. A unique argument but somehow disturbingly familiar. Crowley and Parekh seemed to relish sparring with each other, but the hints they give of the love the characters once shared were where they shined. Cal Whitehurst as Aegeus also deserves a shout out for making the most of his scenes and making Medea’s chance to turn away from her course compelling.

Baron Pugh designed a set made up of the detritus of a household – with a tipped over refrigerator and a laundry basket as the main seats. He designed the lighting in bold contrast to the every day items. Medea begins the play within the doors of her house, silhouetted in blood red light.

Medea is given a deadline of sunup and Hynes made that time pressure a major force in the play. A ticking clock and a subtle but ominous sound design by Michelle Mathaus keeps the action moving and the play clocks in at 2 hours – shortened from its sometimes epic lengths.

They set out to do what most  theaters do not dare to attempt and they succeed.Medea is not subtle as that first red-lit image foretells and sometimes the wailing and the shouting gets to be a little much, but then again, it is not a subtle play. The final scenes are powerful and hard to watch.

Aristotle, a contemporary of Euripides, said that catharsis is the purpose of tragedy – to purge the pity and fear the play evokes. While it is certain that we can all relate when the chorus cries, “You suffered evil and now you want to do evil,” I am not sure I am purged. But I am comforted by the fact that we may or may not have made much progress in 2500 years but we certainly haven’t gotten any worse. This play really could have premiered yesterday as a ripped from the headlines exploration of marriage.

Kudos to Port City Playhouse for exploiting their modern setting and high drama in a memorable evening of theater.