It’s my favorite place to see a musical. And my favorite seat is in the middle of the first row of the Mezzanine. There’s so much history flashing by me every time I sit in The National Theatre. I see Carol Channing walking down The Harmonia Gardens’ stairs in that gorgeous red dress. I see a young Chita Rivera dancing up a storm singing “America” in West SIde Story – both shows stopping here to ‘fine tune’ before taking Broadway by storm.

Every time I would walk by The National Theatre and saw that it was ‘dark’ again – my heart would sink, but now there’s hope and joy because it was announced this week that the trustees of the National Theatre Corporation have entered into an agreement with SMG from Philadelphia and JAM Theatricals from Chicago to manage The National Theatre. We’ll see a Broadway Series, many concerts, classical artists, and so much more. And best of all, JAM and SMG will market and PR the shows. It’s great news!

“We are truly excited about the future prospects for The National Theatre with this new management team,” said Sterling Tucker, President of the NTC Board. “Our discussions with JAM and SMG helped us envision the potential for increased and diverse programming at the National.” NTC Executive Director Tom Lee added, “I am personally delighted over the prospect of bringing a broad variety of artists and attractions to The National Theatre stage.”

Steve Traxler, President of JAM Theatricals stated, “JAM Theatricals is happy to have an opportunity to work with NTC and SMG to present Broadway musicals and plays in the Nation’s Capital, and we look forward to adding to the rich cultural history of this Theatre.” Arny Granat, JAM’s Chairman added, “Washington is a great city and The National is a great venue. We want to work with people in the community to encourage bringing more shows to this historic theatre.”

Bob Papke, SMG’s Vice President of Theaters echoed the sentiment, saying, SMG looks forward to working with NTC and Jam Theatricals to bring the very best performers and events to the residents of the Metro area.” 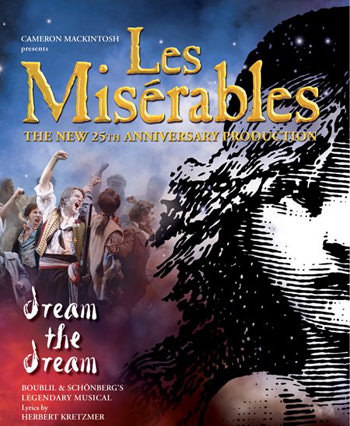 And to start it off, Les Miserables returns to The National Theatre from December 12th to the 30th.