Who says puppets are just for kids?

On September 29, 2012, The Puppet Co. hosted their 7th Playhouse Puppetry Slam!, a puppetry showcase exclusively for adults, with puppet artists meeting from all over to share their talents along with live music from the Just Friends Quartet (JFQ) and a silent auction for an overall solid night of entertainment.

The charismatic Slam Host Markanthony Smith introduced each new artist, each time re-appearing onstage in a different outfit, to the audience’s amusement. The real treat of the evening, however, was the live jazz from the JFQ, with Len Mitchard on Paino, David Martin on Drums, Allan Bentovsky on Upright Bass, and Eric Brooks on Saxophone and vocals (Brooks also served as the Slam Director, Composer, and Performer!). I’ll admit that there were times when the music upstaged the puppetry itself!

The puppetry acts ranged from downright silly to poignant and deep, and the performances from rough to finely polished, with both amateur puppeteers as well as professionals. The variety offered a concrete view into the world of puppetry, and proved to be very interesting. The crowd favorite performer was Honey Goodenough, who shared two pieces, first the playful “Child’s Play,” and then the achingly beautiful “Sweet Dreams,” which had members of the audience reaching for their tissues. The puppet for “Sweet Dreams” was merely a baby blanket marionette, but the way she manipulated the strings brought the inanimate object to life in an incredibly moving skit. Her acts were those of nostalgia, and had a gentle and loving maternal nature about them.

Amy Rush entertained the crowd with the ridiculously goofy skit, “Wonder Toast,” about what may be the best superhero since sliced bread. Word play was the charm of this skit, as “Wonder Toast” leaves on a quest to save “Margarine” from the evil “Dr. Strudel” and finds himself in a jam…literally. Leila Ghaznavi’s shadow puppet skit “Rememberances” played with light to tell a sad story about lost love, and Conan Magee and Brandi Hoofnagle’s “In Passing” used humor to tell the bittersweet story of a man through his daily newspaper. Ending the slam on a high note, Broderick Jones’s “Superstitious” was a riotous skit based on a curious cat puppet who goes through his nine lives defying common superstitions.

While the Slam did seem to have a skit for everyone to enjoy, there were a couple uncomfortable moments when technical issues caused loud, piercing feedback from the microphones, but the performers played it off with humor, most noticeably when Eric Brooks playfully blew a similar noise from his own saxophone, making host Markanthony jump with surprise.

This was the third Playhouse Puppetry Slam! that I have personally attended, and while it was not my favorite so far, I still enjoyed myself and am anxiously awaiting their next Slam!

In the meantime, The Puppet Co. continues to put on excellent shows for children and their parents, with the excellent Carnival of the Animals onstage right now! Bring your kids in for a fun afternoon, and plan a date night for the next Puppetry Slam!

Running time was approximately 90 minutes, including one 15-minute intermission. 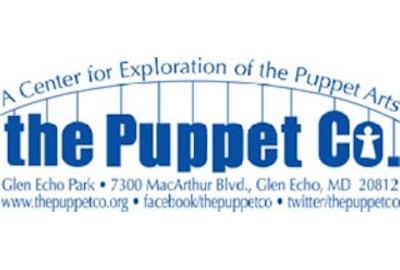