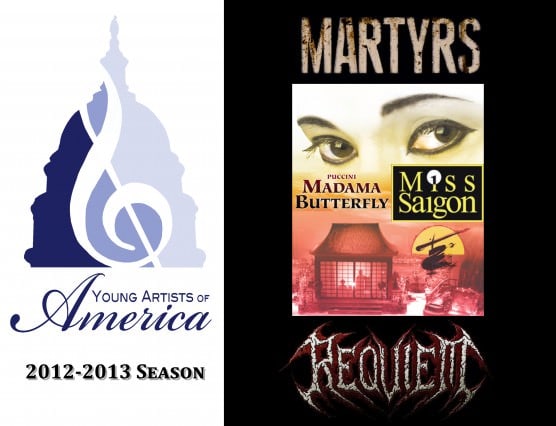 SINGER AUDITIONS for Young Artists of America’s upcoming Fall Concert, MARTYRS are coming up NEXT WEEK on October 9 & 13!

Auditions slots are filling up fast, so be sure to REGISTER for an audition by clicking on the link below. If you already registered for an audition, we’ll be in touch soon.

We have a FANTASTIC program featuring selections from musical theatre and opera, including: Les Miserables, Ragtime, La traviata, Evita, Sweeney Todd, La forza del destino, Children of Eden, Otello, and Parade. And the entire concert will be performed with FULL ORCHESTRA!!

Information about MARTYRS and the rest of our 2012-2013 season appears at the end of this email.

CLICK HERE to REGISTER for an audition slot for MARTYRS!

Please feel free to forward this notice to anyone who might be interested in auditioning for YAA!

In December 2012, YAA will bring you MARTYRS, a concert of selections from opera and musical theatre featuring characters that gave their lives for a cause. We will again welcome guest soloists that will mentor our student singers and orchestra. 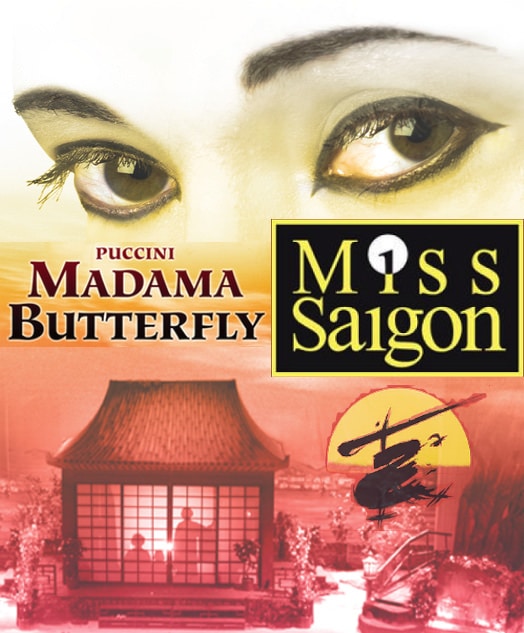 We are over the moon to be able to announce YAA’s debut in the
Main Concert Hall at The Music Center at Strathmore on
Sunday, March 10, 2013!!

This concert will be a collaboration with the Maryland Classic Youth Orchestras and will be a new, unique production bringing together two ravishing scores: the opera Madama Butterfly and the musical Miss Saigon.

As most know, these two scores written 85 years apart share the same storyline, and we will explore this heartwrenching tale from these two unique musical perspectives. YAA student vocalists will share the big stage at Strathmore with professional opera singers and the MCYO Philharmonic Orchestra of almost 100 instrumentalists. The production will be directed by Shakespeare Theatre Company Assosicate Director, Alan Paul.

We are happy to be able to add a third production to our season this year to present a genre of vocal-orchestral music that we have not yet had a chance to explore: Oratorio!

In May 2013, we will present REQUIEM, an original Requiem pastiche with music compiled from movements by Faure, Verdi, Mozart, Durufle, Bizet, Schubert and Andrew Lloyd Webber. This concert will be presented in two different church venues, the second of which is a major DC landmark which we will be able to announce soon!

YAA is a 501(c)(3) non-profit organization and ALL DONATIONS ARE TAX DEDUCTIBLE to the fullest extent of the law.

Donated funds will go directly towards our 2012-2013 season which includes MARTYRS in December, MADAMA BUTTERFLY/MISS SAIGON at Strathmore in March and REQUIEM in May.