BroadwayWorld, which is expanding its coverage of the DC theatre market with more reviews, is offering the DC theatergoing community the chance to nominate its favorite productions, actors and designers in the 2012 Regional Awards.

These awards have been an annual event since 2010, but this year they have been have expanded.

Nominations will be accepted for productions which opened in the Washington, DC Metro Area between September 2011 and October 2012.

Don’t miss this chance to show your appreciation for those people who make the DC theatre community one of the strongest in the country! 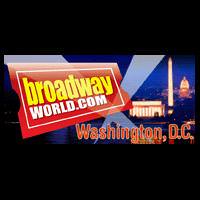