Aldersgate Church Community Theater presents Agatha Christie’s And Then There Were None, a captivating murder mystery directed by Roland Gomez. Originally a novel (that became one of the best-selling novels of all time) And Then There Were None has undergone several adaptations for film, radio, and of course, the stage. True to her reputation as ‘The Queen of Mystery,’ Christie keeps the audience guessing (and gasping!) up until the very last second!

Set Designers John Downing and Bill Glikbarg create a wealthy sitting room, constructed by Stuart Travis and his assistants, with sliding glass doors that open onto a patio with a beach view. Elegant furniture sits around a stone fireplace, on top of which ten delicate soldier figurines sit beneath a framed rhyme. Sound Designer David Correia lends to the physical atmosphere with effects such as crashing waves, whistling winds, and horns booming from incoming boats, while Lighting Designer Chris Hardy dims the stage according to the time of day, with bright oranges for mornings, a blueish hue for evenings, and once during a blackout, light only from candlesticks placed throughout the set. Costumer Kathy Dodson dresses the wealthy characters in fine clothes, completing the effect.

When Mr. Rogers plays what he thinks is a musical record, an angry voice booms throughout the room, accusing each and every guest of a separate instance of murder, complete with the names of their victims and details of the accusation. After sharing their collective stores, it is clear that each guest had a clear motive for their accused crime, including job promotions and inheritance, though all of them fiercely maintain their innocence. Who is truly innocent, and who is not what they seem?

The plot really gets going when, one-by-one, the guests are murdered, each in a way that eerily mirrors the “Ten Little Soldiers” poem, with a figurine falling to pieces after each death. Upon searching the island and house, it becomes clear that the murderer has to be a member of their own party. Theories and accusations abound, and guilty pasts are resurfaced, as the characters struggle to unveil the murderer before they become the next victim. Full of suspense, twists, and surprises, this is a “whodunit” that keeps you on the edge of your seat until the very last moment.

While some circumstances of the plot are a bit far-fetched and there are some melodramatic moments, if you are willing to suspend your disbelief, then you are in for an exciting evening! The intermissions were spent with people eagerly sharing their theories, and even taking bets on who the murder was! The ensemble did a fine job, and the stage elements were solid, but the real pull comes from Ms. Christie’s writing; the quick-witted dialogue lulls you into false securities before shocking you like the snap of a rubber band!

Take some friends to Aldersgate Church Community Theater’s And Then There Were None, and share your own theories of who-dunnit! 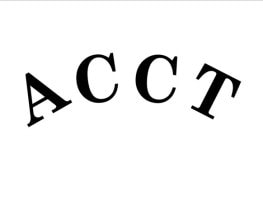 And Then There Were None runs through October 28, 2012 at Aldersgate United Methodist Church’s Wesley Hall – 1301 Collingwood Road, in Alexandria, VA. Purchase your tickets online.