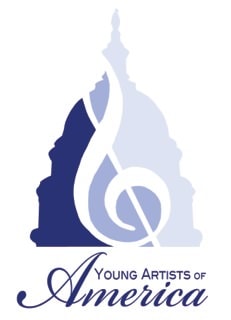 Young Artists of America, which was founded just over a year ago by Artistic Director Rolando Sanz, Music Director Kristofer Sanz, and Executive Director Jane Coyne, provides opportunities for high school and college age musicians to perform large scale works of musical theatre, opera, and dance with full orchestra and to be mentored by professional artists. In its inaugural year, YAA celebrated two standing room only performances at the Music Center at Strathmore, two sold out performances of the regional premiere of The Phantom of the Opera, and a performance for U.S. Secretary of Education Arne Duncan, National Endowment for the Arts Chairman Rocco Landesman, and 200 national level arts and arts education leaders at the U.S. Department of Education.

Recently, I caught up with YAA Artistic Director Rolando Sanz and Music Director Kristofer Sanz and had the opportunity to ask them about their upcoming season.

Joel: As YAA begins its second year, what plans are in the works for this season?

Rolando: After a successful inaugural season which showcased our students in Villains and The Phantom of the Opera, we at YAA are thrilled to be able to expand our 2012-2013 season to include a third production in May. This spring, we will venture into oratorio, a genre that we have been excited to explore with our students. All of our performances will feature student singers and a full student orchestra!

On December 14 & 15, 2012, at the Sandy Springs Friends School, we will present Martyrs, a program that will explore characters in musical theatre and opera who lost their lives for a cause. The program will include selections from such shows as Parade, La forza del destino, Ragtime, Othello, Sweeney Todd and La traviata.

On March 10, 2012, at the Concert Hall at The Music Center at Strathmore, YAA will partner with Maryland Classic Youth Orchestras to present a unique production of Madama Butterfly & Miss Saigon. The concert will feature over 90 instrumentalists from MCYO and over 50 vocalists from all over the Metro DC area, as well as professional opera singers to tell the heart-wrenching tale that both of these shows share.

In May 2012, we will present Requiem, a musical pastiche featuring movements from some of the greatest settings of this memorial genre, including those by Fauré, Verdi, Durufle, Bizet, Schubert and Andrew Lloyd Webber.

Tell us about the upcoming MARTYRS concert. Where did the theme idea originate? How many vocalists and instrumentalists will be involved? From where do they come? Who are the guest artists?

Rolando: The idea for Martyrs came on the heels of the Villains program we presented last season. Our students took such delight in studying and performing such varied repertoire from the musical theatre and opera canon. It was a real challenge for them to change styles from piece to piece, and our audience was really taken with the dynamic format of the program as well as the theme that tied the selections together. After VIillains, Martyrs seemed a natural sequel.

The program will feature over 85 students that will make up the orchestra and vocal ensemble. We just completed our auditions for this program and were very impressed with the talent of those who auditioned from all over Maryland, DC and Virginia. Our guest artist for this concert will be renowned soprano, Colleen Daly who is currently appearing as Musetta in La bohème with Lyric Opera Baltimore.

Following the success of YAA’s regional premiere performances of Phantom of the Opera last year, how did you decide upon a combined performance of Miss Saigon and Madama Butterfly for your March production? How will you combine the stories?

Kristofer: The artistic staff of YAA has always felt that there is a very strong connection between opera and musical theater. It is one of our goals as an organization to draw upon these connections and to help educate our youth about both worlds. In our performance, the stories of Miss Saigon and Madama Butterfly will be told side by side and the music will be interwoven in a fresh, new, and exciting interpretation of a woman’s ultimate sacrifice for the future of her child.

Very few arts youth arts organizations, especially new organizations, have the opportunity to perform on the main stage of the Music Center at Strathmore. Are the students with whom YAA works aware of how rare this opportunity is?

Kristofer: With this project, we are also very excited to be able to give our YAA students their first opportunity to work on the main stage at Strathmore. Through a very gracious partnership with Maryland Classic Youth Orchestras, our forty singers will be joining forces with their Philharmonic orchestra of over 90 student musicians  to help make this amazing story come alive. We are very pleased to be reaching out and collaborating with other local youth musical organizations are very excited for all of the opportunities, such as performing on the main stage at Strathmore, that are being created for our amazingly talented YAA instrumentalists and vocalists.

What valuable lessons did you learn in your first year of operation?

Rolando: The biggest thing that we learned in our first year is that our young people are hungry for high-quality music education. We could not have imagined the turnout that we had for our auditions last season hearing over 250 students for our programs. And we were blown away by the attendance at our concerts, including two sold performances of The Phantom of the Opera with 1,000 audience members at each show.

After last season, we are also energized that our students and audiences crave innovative and high-quality programming. We work very hard and are extremely proud of what YAA is able to offer our students, and we are pleased to be able to expose our young people to such varied repertoire that they would not otherwise experience.

Are there opportunities for young people to become involved with YAA throughout the year?

Kristofer: This year, YAA is planning three productions, including Martyrs, Miss Saigon/Madama Butterfly, and Requiem. Our instrumental and vocal students will have the opportunity to perform in all or some of the three productions. We will be using a rolling audition process for vocalists, meaning that there will be separate auditions for each show. Therefore, if one of our shows does not fit a student’s schedule, he or she will still be able to audition for YAA in one of our other productions.

We will be holding vocal auditions for Miss Saigon/Madama Butterfly on Saturday, November 10 and on Thursday, November 15, 2012. Audition information can be found on the YAA website. We encourage all interested high school and college age singers to register for an audition!

We will also hold rolling auditions for instrumentalists. If new instrumental students hear about us after our first show and would like to join the orchestra, we will set up personal audition times for them to come out and audition.

Thanks so much to both of you. Here’s wishing you and all of talented young musicians with whom you work a really great season!

Tickets and Auditions
For tickets to upcoming performances, or to schedule a vocal audition for Miss Saigon/Madama Butterfly, please check the YAA website.