Here is the latest news from Shakespeare Theatre Company regarding its attempts to continue to occupy The Lansburgh Theatre:

“The Shakespeare Theatre Company (STC) filed a lawsuit this week including court papers requesting an injunction to enforce STC’s rights under longstanding and clear agreements to occupy the theatre in the Lansburgh building, the Company’s home for more than 20 years.

“Taking this dispute to court is a last resort — but after a year of good faith negotiations, we reluctantly concluded that we require an injunction to ensure that STC continues to occupy the Theatre and that performances by STC and other arts organizations that have been promised use of the theatre will continue as scheduled. We are confident that the Court will issue an injunction to block the eviction of  STC from the Lansburgh,” concluded STC Managing Director Chris Jennings.

In 1992, the Lansburgh Theatre was built specifically for STC as the quid pro quo agreed to by the developer of the Lansburgh apartment building (a partnership led by renowned architect Graham Gund) to the Pennsylvania Avenue Development Corporation and the citizens of the District of Columbia for the right to develop the building. As part of this deal, Lansburgh Theatre, Inc (LTI) was established as a specialized non-profit charity solely created to serve as the Theatre’s landlord and support the Shakespeare Theatre Company.

The requirements in LTI’s Articles state that LTI may not change its “designated supported organization” — STC — and it must be responsive to STC also giving the Company a significant voice in any major decisions. In addition, LTI lacks the power to terminate either STC’s status as the supported organization or its right to occupy the Theatre as long as STC performs its charitable purpose, which undoubtedly continues today. By law, no person including LTI, may have a private economic interest in the theatre property. Under the current lease agreement, 100% of the rent STC pays goes into a capital reserve fund that is held in trust exclusively to maintain the upkeep of the Lansburgh Theatre.

“LTI is clearly mismanaging its charter which dictates it must only be in existence to house the Shakespeare Theatre Company in the Lansburgh building,” Jennings said. “LTI has demanded a 700% increase in the base rent.  Thus far we have been unable to find a more appropriate solution to what we felt was an unreasonable and groundless request, LTI would not budge and demanded that STC vacate the Theatre. Because LTI refuses to withdraw its threats, STC has been forced to seek a court injunction to force LTI to comply with its obligations and thus stop it from trying, illegally, to evict STC.”

“We are confident we will win this case. This will not affect any of our current performances and the best thing patrons can do to help is to keep supporting STC in the same ways they have for the past 25 years. If you are a theatre-goer, keep subscribing and attending performances and if you are a donor (or want to become one), we are grateful for your continued contributions. As they say, the show will go on!” concluded Jennings.” 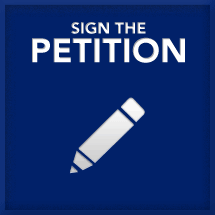 To show your support for STC, feel free to sign this online petition.