Learning to stand in another man’s shoes is no easy task as Harper Lee reminds us in the literary classic To Kill A Mockingbird. Brought to the stage through Christopher Sergel’s adaptation based on the Pulitzer Prize Winning novel, The Compass Rose Studio Theater opens their second season with a trip to Maycomb, Alabama back in 1935 when segregation was quite the hot issue. An iconic telling of the American South with a powerful message, this performance expresses the shared human experience of the effort to explain the injustice and evil of life to children, and how children teach tolerance and acceptance through their innate goodness and innocence.

Directed by Brandon McCoy, this production offers a intricate look into a time not so long ago when the world was a much more difficult place; prejudice more readily accepted as the societal norm, children minding their elders and their manners, small town country life as the only pace people had ever known. Taking us back to the 1930’s and way down south McCoy elicits perfect southern charm and sound in all of the spoken accents from each of the characters on stage, especially the children. Every performer has a lazy thick tongue with a slow southern drawl to let those words drip from their mouths even when they’re speaking a bit quicker than normal.

Set Designer Thanh Van Lam brings a rustic charm to the tennis-court style stage. Using this particular framing for the show invites the audience into the courtroom — the setting for the majority of the second act — letting them feel as if they are an actual part of the proceedings. The famed old tree with the hidden knot-hole looks as if it sprouted up through the tile of the stage floor, and the two weathered old storm door fronts create the perfect picture of the dusty main drag in Maycomb county.

The acting is superior; the audience is immediately drawn into a different world from the moment the actors open their mouths. Every character is consistent and uniquely presented, carefully crafted into a comfortable niche that allows the audience to easily identify with and relate to them on a personable level. The cast functions as a unit; like actual members of a small township, in one another’s business and with a familiarity that further enhances the general sense of the play’s setting.

It is the clever little cameo appearances by lively seasoned characters that make this play amusing and help it keep a natural pace. The Sheriff Heck Tate (Mike Dunlop) with his wizened and law-abiding ways from the sting of his southern drawl to the self-important gait with which he walks, helps to establish a sense of order and justice in the town, even if the pending result of town proceedings to not result in such. The town gossip, Miss Stephanie (Sue Struve) walks with a haughty air and nestles into the atmosphere of the small town perfectly; meddling and needling poking her sharp tongue in places where it doesn’t belong.

We find rare raw talent from the three precocious youngsters in this performance. Dil (Timothy DeSimone) is the spitting image of a tall-tale mischievous youth. DeSimone balances the perfect level of ornery and intelligent so that his character is child-like without being obnoxious. He pairs off well with Scout in scenes; and makes for a perfect catalyst in scenes that need motivating.

Jem (Casey Baum) is the older brother, speaking with the voice of slight maturity yet still losing his temper in scenes when it is appropriate for a boy of his age to do so. He like the other younger players is precocious and has gumption in his character, making for a fun entertaining character.

Scout (Maggie Baum) is the spitfire of a young southern girl trying to learn her place in the world while learning the world is indeed a different place. Baum interacts with her older self, Jean Louise (Elizabeth Jernigan) without every consciously interacting with her. The pair appear on the stage at the same time, Jernigan as a shadow of her former self with Baum acting like a replayed memory. Their physical union match impeccably with one another, from the facial expressions right down to the way they pronounce and articulate certain words.

Jernigan is ever-present on stage. She often becomes an element of the background; sitting and watching the scenes play out as if viewing an old home movie. Her facial reactions are priceless as she responds the scene playing out as if she were still living in it rather than just recalling it. Jernigan’s performance is stellar and professional; setting a well met standard of acting for the show.

Rivaling Jernigan’s impressive performance is the father of all fathers, Atticus Finch (Gary Goodson). The kind but firm loving father figure taking on the case of a lifetime, Goodson gives an outstanding performance as they iconic conscientious lawyer willing to defend even the most hopeless of cases in this prejudiced time in American history. Goodson’s interactions with each of the characters are personable; relating to everyone on a deeply intimate level— from the firm and caring love of his children to the patient but forceful approach in the courtroom. Goodson and Jernigan, though never interacting share a bond that translates through Baum’s portrayal of the young daughter.

So enjoy this classic and come see this fantastic tale woven to perfection upon a simple stage at Compass Rose Studio Theater’s To Kill a Mockingbird. 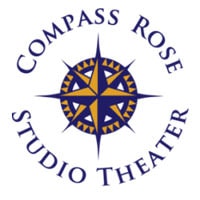