Linda Lavin, the perennial “Broadway Baby” – literally, in her knockout performance in The Kennedy Center’s production of Follies and, figuratively, as a growing Broadway legend with her numerous starring roles on the Great White Way (including here recently Tony-nominated turn in The Lyons) delivered a tour de force performance Friday night at the Kennedy Center’s Terrace Theater. Backed up by a superb four-piece instrumental ensemble and a wonderful guest violinist, this 80-minute set of well-chosen songs and lively patter was extremely well-produced and paced with a cozy, friendly atmosphere that had an edgy and sophisticated veneer.

Lavin bounded on the stage in striking sequined slacks and a black tailored jacket with energy and vitality, engaging her band members at frequent intervals allowing the various musicians to take numerous solo turns. Generosity of spirit, amusing anecdotes about the background of her personal life and a very endearing comic neurotic patter were the hallmarks of Lavin’s style in this current offering entitled Linda Lavin……Possibilities which refers to Lavin’s new CD title and to the upbeat and positive way she feels at this point in her life.

A jazzy, theatrical tone permeated many of the songs with Lavin employing some inspired scat singing. Under the Music Direction of the esteemed Billy Stritch, Lavin scored big with a plaintive version of Jerome Kern’s “Long Ago and Far Away” sung beautifully and played at the piano by Lavin herself. From Richard Rodgers’ No Strings came “Loads of Lovely Love” which started out compellingly with Lavin at the piano, building to a thrilling and powerful duet with Billy Stritch.

Lavin mentioned that she loved Brazilian music and praised Stritch’s mastery of that form. She launched into an effervescent and evocative rendering of the popular favorite “Corcovado.”

A delightful surprise of the evening was Lavin’s introduction of her husband, drummer Steve Bakunas, as he accompanied her on a rousing rendition of “You’d Better Love Me.” The whole evening had a very familial feel and this element added to this warm feeling.

A brilliant violinist, Aaron Weinstein,was introduced and gave a beautiful jazz-infused cover of “It Might as Well be Spring.” To hear a violin used so effectively in a jazz-oriented ensemble was unique and added a whole other dimension to the proceedings.

The highlight of the evening may have been the jam session on “Just One of those Things” – a swinging frolic with each member of the instrumental ensemble standing out. Aside from the above-mentioned musicians, mention must be made of the wonderful Steve Doyle on Bass and John Hart on guitar.

Lavin closed with an upbeat, life-affirming “No More Blues” and a very intimate encore performance of “There Will Never Be Another You.”

Linda Lavin indeed not only showed the “possibilities” in a well-produced cabaret set but, also, fulfilled those very “possibilities” for a grateful and extremely receptive audience. 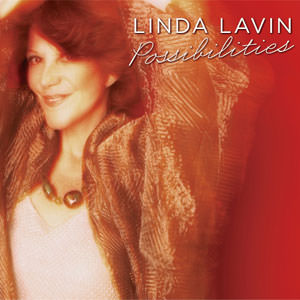