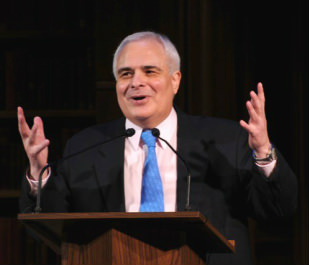 PETER FILICHIA is the theater critic for the Star-Ledger in Newark, New Jersey, and a columnist for www.masterworksbroadway.com and www.kritzerland.com. He wrote ‘Peter Filichia’s Diary’ for ‘Peter Filichia’s Diary‘ for 10 years; Theatergoer’s Diary for www.theater.com for two years; Stagestruck for Theater Week magazine for its entire nine-year run, and for three years on Playbill-on-Line. Before joining the Theatre World Awards in 1996 as host and head of the selection committee, Filichia served four terms as president of the Drama Desk, where he wrote and hosted its annual awards ceremony. Peter Filichia is the author of Let’s Put on a Musical, now in its third printing (Back Stage, 2007); Broadway Musicals: The Biggest Hit of the Season / The Biggest Flop of the Season: The Last 50 Years (Applause, 2010), Broadway Musical MVPs 1960-2010: The Most Valuable Players of the Last 50 Seasons (Applause, 2011). His new book, The Best Musical Tony Runners-Up will be published later this year by St. Martin’s Press.

In addition, Filichia has served on an assessment panel for the National Endowment for the Arts; has written liner notes for many Broadway cast albums; is the critic-in-residence for the University of Cincinnati-Conservatory of Music; annually serves on the ASCAP Awards program; and is a Theatre Hall of Fame voter.