The University of Maryland School of Theatre, Dance, and Performance Studies (TDPS) is proud to announce that Professor Brian MacDevitt has been honored with the prestigious 2012 Henry Hewes Design Award for his lighting design in Death of a Salesman on Broadway. MacDevitt has won this honor twice before for his lighting of the Tom Stoppard plays The Invention of Love and later for The Coast of Utopia.

MacDevitt is also a five-time Tony Award winner, and was nominated for the coveted statue earlier this year for his lighting design of Death of a Salesman.  In 2011, MacDevitt won a Tony for his lighting of the Broadway hit, The Book of Mormon.

At UMD, MacDevitt teaches lighting design to graduate students in TDPS while he maintains an active Broadway career. “I love to teach,” said MacDevitt. “And one of the lessons from my Broadway work that I try to share with my students is that every lighting project gives the opportunity to express your personal point of view. As a lighting designer, you want to identify your own feelings about what’s happening on-stage and support the production by expressing that idea.” MacDevitt was assisted in his Death of a Salesman design work by MFA Design student Rob Denton. 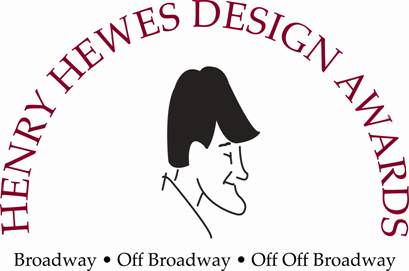 Named for Henry Hewes, the innovative drama critic for the Saturday Review and founder of American Theatre Critics Association that spearheaded the Tony Awards in 1947, the Award celebrates the best in New York theatrical design and the artists who fashion the world that is realized on the city’s stages.