Here’s my favorite quotes from our 5-star reviews of our ‘Best Shows’ for December 8-14th. Here we go! 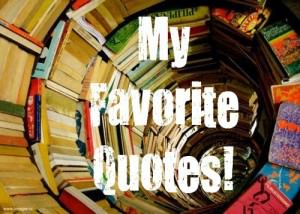 Jennifer Perry: “Likewise, her performance of the encore number, “Someone Else’s Story” (from Andersson/Ulvaeus’ Chess), made it easy to see why the composers wrote the song specifically for her for the American premiere of that rock musical.  I’ve heard many, many people sing that song and many of those renditions have been great, but no one, and I mean no one, does it like Judy Kuhn.”

(2) JUBA! Masters of Tap and Percussive Dance at The Kennedy Center.

Jessica Vaughan: “Dianne Walker, known to the world as Lady Di, took the stage for an understated, humorous solo. She’s known as the first lady of tap because she was a big part of ensuring tap’s resurgence, popularity, and diversity today. She doesn’t indulge in acrobatics so much anymore, but you could set a metronome to her tapping, if you could get one to go so fast.”

(3) A Christmas Carol: A Ghost Story of Christmas at Olney Theatre Center.

Michael Spain: “The heartfelt, long standing ovation Paul Morella received after he completed his tour de force performance gave us all a chance to thank him for transporting us to Victorian England. And how nice to see Paul greeting us at the door – exchanging handshakes and season’s greetings, and allowing us to personally thank him for all the joy he had given us this evening…Paul Morella will help you find your Holiday Spirit. It’s a performance for the ages!”

(4) How I Paid for College at The Hub Theatre.

Francine Schwartz: “I was reassured by a neighbor at the play that the book was true to life, and as a fan of novels set in New Jersey (this show takes place in Wallingford, NJ), a genre I had not previously known, he was expecting more of the same. And we were both delighted by the cascade of laughs, abundant irony, and good comedic timing by Mr. Brightman.”

Jessica Vaughan: “There was one blocking note for the play: “Don’t stand behind a tree.” It was fun to be there to see Revels, an organization dedicated to tradition, reveling in their own traditions as well and reminiscing over the 30 years they’ve been a part of this community. As the ghosts asked the audience at one point, “Shall we revel on?” The resounding answer is, “YES!”

(6) Christmas Cabin of Carnaween at Creative Cauldron at ArtSpace.

Julia L. Exline: “The spirit of selflessness and giving is at the heart of this production, and is shown in a loving way that enchants the entire family!”

(7) The Foursome at Bay Theatre Company.

Amanda Gunther: “The Foursome is a warm and inviting comedy that will keep you laughing from the first putt to drinks at the end of 18 holes…Set Designer Ken Sheets is really on par for this production. Transforming Bay Theatre’s space from what is normally a standard proscenium stage into a rolling green golf course in the round, Sheets mesmerizes the audience with Astroturf and green painted floors, bringing each hole to life with his incredible efforts.”

Flora Scott: “I found myself hoping that Matt McCall was a gift addressed to me…Michael McFarland showed his peeps exactly how a scene is closed when he whipped out a “I think we need to break up” to Emlyn McFarland’s random ramblings. That guy deserves a raise. Or at least to be paid.”

(9) The Holiday Guys at Signature Theatre by Julia L. Exline.

“This duo’s friendly interaction with the audience makes it feel like you are hanging out with a couple of hilarious buddies as they break out the instruments and tap shoes!…As hysterical as the show is, it also has softer moments of reflection and grace, making it a well-rounded evening of entertainment. The men’s genuine friendship radiates throughout the audience, pulling everyone together, and bringing so much joy and ultimately making you feel as if you had just left an intimate party at their home.”

Mike Spain: “Take the drive to Frederick and you will be transported to Bedford Falls where you will be filled with the Christmas Spirit. And you will be thrilled by the talented cast and their heartfelt performances. They have all earned their wings.”

Amanda Gunther: “A veritable playground for the actors that tumbles into a rapidly somersaulting merry-go-round of magic, music, movement and light — this production will transport you to a whimsical land where joy and merriment pours from the performers the way the clowns pour from the wardrobe that is affixed center stage. Directed by Jenny Male, this A Christmas Carol is sure to inspire the bright festivities of Christmas straight into your heart… You must make it out to see this circus of wonder, or you might just be getting a visit from old Marley and the three spirits of Christmas!”

(12) White Christmas at The Kennedy Center.

Amanda Gunther: Choreographer Randy Skinner has his work cut out for him as the show is packed with dance breaks. But Skinner lives up to the high expectations of entertaining a large audience at this time of year and produces flawless routines that are nothing short of astonishing. The synchronization that is meticulously executed during large ensemble numbers like “Happy Holiday/Let Yourself Go.” But Skinner’s real magic appears in all of the tremendously intricate tap routines!.. So with every Christmas card you write, if you’re thinking about snow and needing a tender warm feeling, the place to find it this Christmas is at White Christmas at The Kennedy Center, where they will ensure that your holiday is truly white.”

LINK
Read all our reviews of the past week.