“Nearly four years ago, we decided to take our creative instincts and put together our ideal musical theater show: Delilah,” says Lyles. Kevin McAllister, most recently billed as Assistant Director for FLY at Ford’s Theatre in Washington, DC, will also direct the semi-staged reading of the new musical. Although the work is Lyles & McAllister’s first official musical, they planned and sketched out the road map for Lyles’ The Black Nativity (December 2011), and are planning to write a song cycle once Delilah is completed.

Since ArtsCentric’s inception, Lyles and McAllister have been the creative force behind the company’s edgy, stylish, and exquisite artistic productions. Every musical theater production this team touches turns to artistic gold. Their work has been featured at Toby’s Dinner Theatres: Ain’t Misbehavin’ (2010), Beehive: the ’60s musical (2011), Smokey Joe’s Cafe (2012) and The Wiz (February 2013) – in addition to ArtsCentric’s Next To Normal (2012) and Aida (2007); and St. Mark’s Players’ Assassins (2011).

If you’ve ever seen a production directed by Lyles & McAllister, you won’t want to miss this new original work. It will be everything you expect: hot, sexy, emotion packed, drama filled, heart felt, and powerful. The artistic vision of Kevin S. McAllister, the musical genius of Cedric D. Lyles, and the powerful performance presence ArtsCentric brings to the stage, with singers you couldn’t imagine, is a recipe for success. 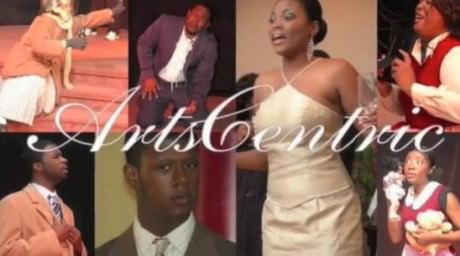 Founded by twelve aspiring young artists in 2003, ArtsCentric is an organization designed to bring quality artistic works and creative services to the community at large. Its members consist of talented artists, musicians, educators, composers, and playwrights.

For more information, and to purchase tickets, CLICK HERE!