Jane Franklin Dance lit up the Kogod Lobby, as the Atlas INTERSECTIONS Festival continued this evening with Young Professionals Happy Hour and more performances in the theatres.

The fiery company of dancers for the event featured Wayles Haynes, Lauren Christie, Amy Scaringe, and Katie Tuebner dressed in energetic orange and red, and beautifully intricate choreography by Jane Franklin. A striking metallic kinetic sculpture by creative visual artist Howard Connelly, sets the stage of the tiled lobby floor. The lower ceiling (with trendy track lighting!) was no limit for the dancers, who rose to the challenge of performing in a cozy but chic space that was busy with passersby on their way to performances in the surrounding theatres. The wavy wooden wall conveniently offered a modern backdrop.

Nu-jazz music was sveltely performed by double bass and guitar duo Josh Walker and Karine Chapdelaine. The genuine smiles and active facial expressions of the dancers gave off a playful, welcoming vibe that engaged the audience and complimented the smooth, upbeat tunes. Folks at the bar enjoyed their drinks and snacks simultaneously with the joyful live entertainment.

Pivoting and swirling around the interactive sculpture, changing the height and positioning of the sculpture multiple times throughout the performance, the dancers worked solo, in pairs, and together as a team. They lifted their bodies with steady strength and a lightness that looked deceptively easy, suspending themselves in midair and extending their toes to the ceiling with beautiful positions. They continued cascading around the sculpture, using all angles – perpendicular, vertical, horizontal, and transitioned the kinetic sculpture with arms that extended to and from different lengths, widths, and heights creating suggestive shapes and themes open to interpretation – be it support, teamwork, flight, letting go – those were some going through my head.

A favorite moment was when they gathered under it and crept up to gaze at it, as if it were a fascinating toy. There were subtle moments when the interactive sculpture appeared and disappeared as the focus was diverted to and from. What’s more, the dancers covered the floor with catlike steps and ever-changing angles. Using the kinetic sculpture, one of the dancers carried another in an impressive shoulder lift and another soared like a bird, pivoting her body around and extended her legs behind her in flight. It was all breathtaking and full of surprises, and I can’t wait to experience more from this company in the near future. 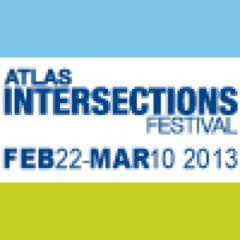