Doors open at 1:30 PM. Seats are unreserved. The event is FREE. 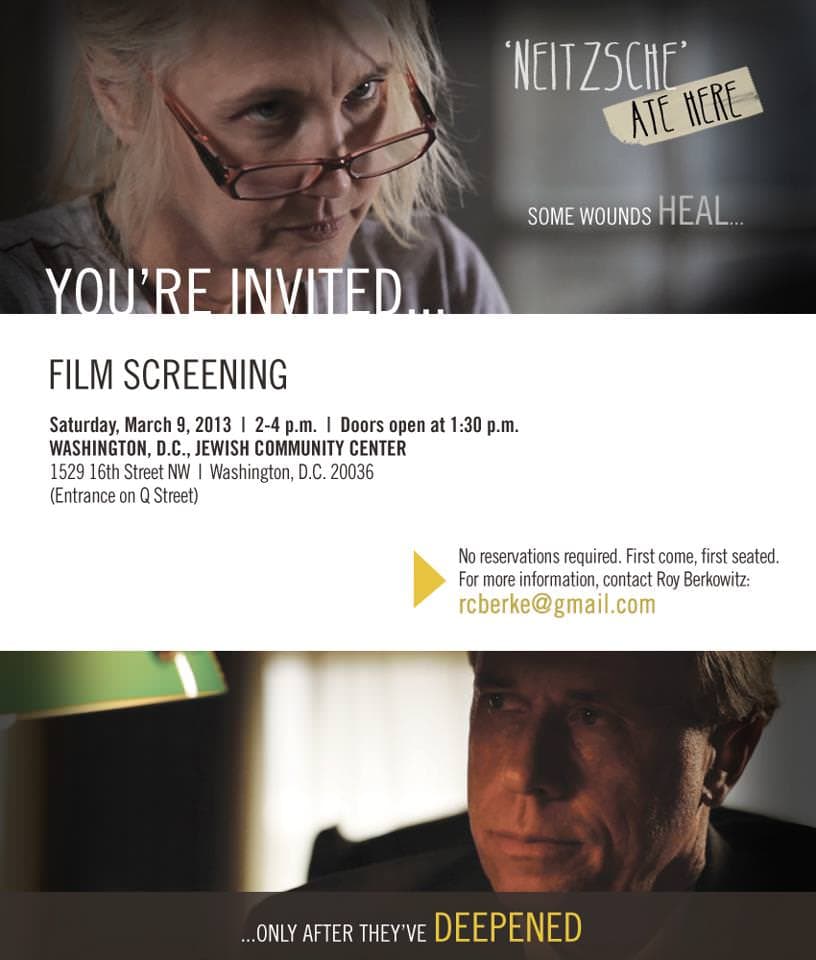 “Nietzsche” Ate Here is the story of two strangers – Cheryl (Gail Griffith) who owns and runs a diner in Manassas, VA, and Paul (Bruce Jacklin), a lawyer They meet at the diner one day and their lives are changed forever…”

Roy is so happy that the DC community will be able to see the film: “It was important to me to honor Rena [Cherry Brown] and Steven [Carpenter], who starred in the original production at The Source Theatre Festival, and Paul MacWhorter [who directed it] are/were so totally involved and such a part of the journey of this play as well as some others. I am especially excited that this is showing at the JCC which is around the corner from where Paul used to live. His presence will be even more strongly felt.

The most exciting thing about this is the reminder of how things we put out into the world can have such impact – positive or negative – and we may never know about it. Now I need to use that to help my actions, words, thoughts, etc..,

I hope this experience pushes me to start writing again. It’s been years.“