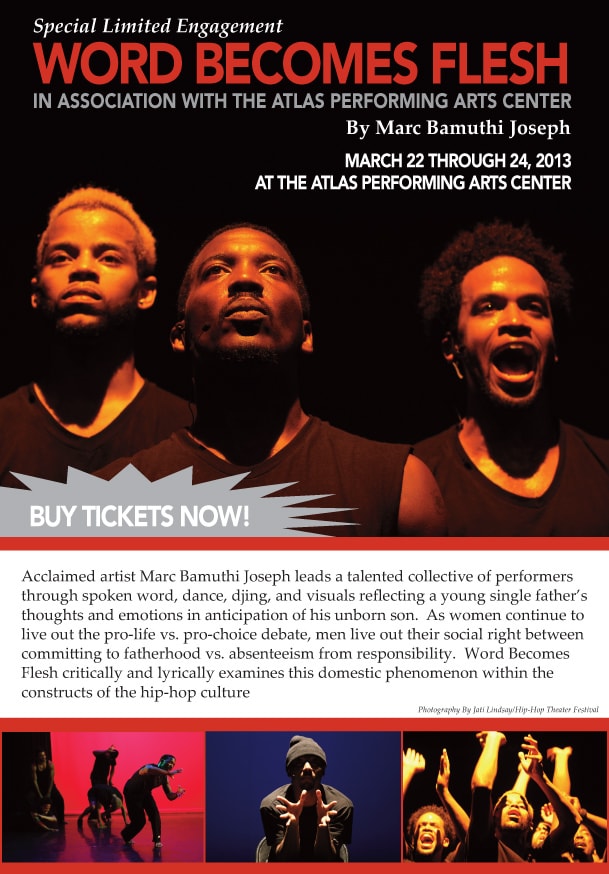 A limited presentation in association with ATLAS


WHAT’S A GUY TO DO WHEN …… he finds out he’s gonna be an unwed father… and he’s only a kid himself… and bringing a child into THIS troubling urban world?

That’s what award-winning spoken word artist and dancer Marc Bamuthi Joseph asks in the engrossing play. For eighty minutes, five young, African American men speak to their unborn sons through dance, poetry, and living letters. The piece addresses what it means to bring an African American child into the world, exploring the joys–and the responsibilities–that come with fatherhood, and the impulse to flee when the task becomes too daunting. Following the nine-month arc of a pregnancy, Word Becomes Flesh examines the experience of fatherhood in America’s black community using spoken word, music and contemporary and hip-hop dance.

All performances are at the Atlas Performing Arts Center (1333 H Street, NE).