The opera’s music is inspired by the English Baroque composer Henry Purcell and a some of his works are included in the score. The story revolves around a vocal coach, his deaf son, and a promising student who is preparing for a career in opera performance. The score is both technically challenging and varied, requiring the singers to bridge styles of music over several centuries.

The cast includes Soprano Elizabeth Winn, who is a 2011 graduate of The Shenandoah Conservatory. Ms. Winn has the opportunity to demonstrate her wide range of skills playing the character of Cecelia Larsson in this opera. The character begins as a young, narcissistic ingénue and ends with her 17 years-older and an accomplished opera diva. Musically, the part is extremely demanding and Ms. Winn will surely impress the audience with four very different and demanding arias, including a rendition of Purcell’s Sweeter Than Roses that will be breathtaking. She also performs a Scherzo that is atonal, bizarre, and shocking right after singing a beautiful, lyrical love aria in the first scene. The contrast immediately tells you that this small and intimate chamber opera covers a lot of musical territory.

Also in the cast is Tenor/Baritone Michael Schlesinger, with whom Mark Owen Martin worked last year in the Vienna Theatre Company’s production of the musical The Fantasticks. Michael is a musical theater actor with a powerful voice and amazing stage presence. The character of Michael Rose was created specifically for him even though opera is not his usual niche. But no one would imagine that this work is as challenging and difficult as it is by what you will see on stage.  Schlesinger’s character has the task of not only delivering the lion share of the singing but also holding the entire story together.

Jacob Wittenauer plays the role of Jacob Rose (Michael Rose’s son) who is deaf – an ironic situation for an operatic story line. Mr. Wittenauer, who is a great theatrical actor, had to learn American Sign Language for the part as well as how to play such a sensitive, dark and moody character as the deaf son of a vocal coach who is in love with an opera singer that he cannot hear. 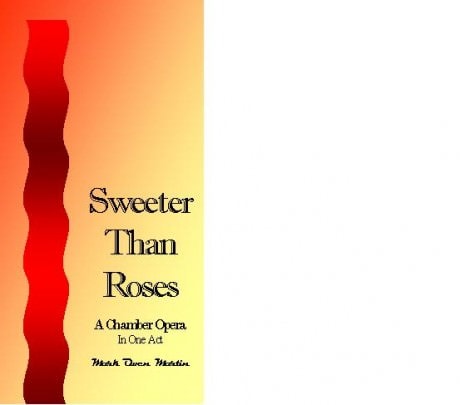 Tickets for all performances are $15 cash at the door. Seating is limited. Tickets can be reserved by going to http://www.MarkOHarps.com, clicking on TICKETS, and leaving a reply as instructed.