Here is our first interview with the cast of Pride and Prejudice at Annapolis Shakespeare Company. Meet Michael Ryan Neely.

Joel: Michael, what other Shakespearean roles have you played? Where did you get your training?

Michael: My name is Michael Ryan Neely, although you can just call me Ryan, and I play Mr. Darcy. My previous experience in Shakespeare productions include playing Demetrius in A Midsummer Night’s Dream with Pennsylvania Shakespeare Festival and Duke Orsino in Twelfth Night with Rutgers Conservatory at Shakespeare’s Globe, London, UK.

I received my Bachelor of Fine Arts in acting from Mason Gross School of the Arts at Rutgers University, which is an intense and highly selective professional training program in New Brunswick, NJ.

As part of my training there, I spent a year at Shakespeare’s Globe in London studying with Master Teachers in acting, text, stage combat, dialects, voice, and
history. While there, my classmates and I were fortunate enough to perform on their stage, as well as performing for Prince Philip, Duke of Edinburgh (Queen Elizabeth II’s husband). Getting to perform the “If music be the food of love…” speech on that stage is a highlight in my life I will never forget.

Who is Mr. Darcy and how do you relate to him? Why did you want to play him?

Mr. Darcy is the classic aloof romantic hero. He’s the kind of character that takes all classy ladies’ breath away and I think there is a lot expected out of this character. To other characters he seems arrogant and proud at first, and throughout the course of the story he becomes a more sympathetic hero, often going to great lengths to reform his character and honor Elizabeth. Darcy is well respected by those who are close to him, but he has a great deal of trouble conversing with people in public situations. Throughout the story there are hints to his shyness, and this is a way I relate to the character. I find it much easier to be my best self when I’m around people I know and feel comfortable with, and I perhaps put on a different and shyer character when in public situations. 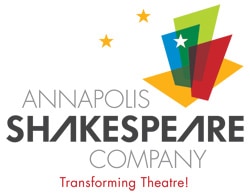 I think a great attraction I have to this role is that Darcy is a character willing to accept and reform his faults all in the pursuit of love for a single person. I find Darcy’s evotion compelling and I like the idea that we can make mistakes, work hard to improve, and in the end get what we want. Also, I mean, it’s Mr. Darcy, who wouldn’t want a chance to try out that sensual Regency era stare?

What did you perform at your audition and how long was it before you were offered your role?

My audition and callback happened over Skype and that is a very interesting experience! I was given selections from the show to read and at the time was unaware that several people could see my face on different computer screens. I have a constant and everlasting habit of incessantly telling jokes, and fortunately I think the creative team thought I was funny and not a rejected stand-up comedian. The audition went well and I was offered the role later that night.

How did you prepare for your role?

Well, first I step out of the long shadow that Colin Firth cast in this role. Fortunately for me, I have not seen his Mr. Darcy and I feel comfortable in creating my own take on the role. My process is usually equal parts analytical and exploratory. I like to try to figure out what his basic needs, relationships, and obstacles are in the play and go through my process in analyzing those things. I also like to get the lines down as quickly as possible so that I have room to play around with them in rehearsal and make new discoveries. It’s great to work with Caitlin McWethy (Elizabeth Bennet) because we are comfortable working with one another, and in rehearsals we find room to play and discover new and interesting things about these characters.

What scene or scenes or line or lines was/were the most difficult to
learn?

The most difficult scene for me has been the scene where Elizabeth and Darcy dance and talk. For me, there is something difficult in dancing and talking and whenever network television creates the reality show, “Dancing and Talking with the Stars,” I will not partake. In the scene, there is a lot going on between these two characters that needs to radiate through our intentions rather than the words we speak, and it’s a challenge to combine that with the dancing. I think that scene is coming together nicely and will be intriguing to watch.

What was the best advice or direction that Sally gave you that helped shape and/or improve your performance?

The best direction that Sally has given me is that Darcy always wants Elizabeth in every scene they are together and that this need is often expressed in the eyes. As an actor it’s great to have a specific, positive, and playable objective on which I can create the arc of my character. Working with the idea that Darcy expresses with his eyes what he doesn’t say in words has been enormously helpful in finding this character.

I think the lasting appeal of Pride and Prejudice is that the themes of the book and struggles of the characters are universal and enduring. Darcy and Elizabeth are two people who are meant for each other, but have a lot of trouble connecting. I think miscommunication, especially in matters of love, is a problem we all have. All of these miscommunications result from essential faults that the lead characters exhibit and eventually have to overcome. Darcy’s pride and Elizabeth’s prejudice towards Darcy keep the characters from connecting with each other sooner and these are faults that are very relatable. Also, this is one of the most enduring and endearing love stories ever told for a reason. The characters are smart and interesting and people want to see these two characters get together and it’s a joy to watch their relationship unfold. I think the story is as fresh and relevant today as it was in 1813.

What scene that you are not in do you really enjoy watching?

I enjoy the scenes where Collins comes to meet the Bennet’s and eventually propose to Elizabeth. Collins offers a real comedic change of pace and Zach Brewster-Geisz, the actor playing him, always brings interesting and hilarious choices to rehearsal. It’s a joy to watch a character who thinks he is a peacock in a world of ducks, yet everyone thinks of him as a duck in a world of peacocks.

Does the character you are playing remind you of other Shakespearean characters?

I actually find Mr. Darcy in a category of his own when compared to Shakespearean characters. Shakespeare’s characters are usually more forthright in speaking their intentions than Mr. Darcy, and the ones that aren’t often don’t have the good intentions that Darcy has. I will say that while Mr. Darcy is not closely linked to Benedick (from Much Ado About Nothing), the romance between Darcy and Elizabeth reminds me of the romance between Beatrice and Benedick in that play. In both plays, they are two characters who despise each other early on, yet throughout the course of story develop a devotion and love for each other that results in them realizing they were meant to be together all along.

What has your Annapolis Shakespeare Company experience been
like?

It has been great! The cast is always excited to work and Sally keeps the whole process extremely professional and still manages to keep it fun. Sally really cares about delving into the text and mining it for all its depth and as an actor it is comforting to work with a director who is very thorough.

Any roles you have not played yet that you would love to play and why?

There are several, and I am very excited at the prospect of getting to play them at some point in my career. Of course Hamlet is the standard by which an actor often measures himself and it would be an awesome opportunity to work on a role with such depth and endurance required of it. Henry V, Hotspur, Benedick, and so many other Shakespearean characters are ones I would love to live with. Any role in Martin
McDonagh’s The Pillowman would be a dream as well as a role in a farce like Noises Off… as I am a huge fan and student of physical comedy. I would love to work further with screwball comedies (stories in the mold of Cary Grant comedies) and I would be pleased to work on those. Basically everything, it’s hard to choose one.

What do you want audiences to take with them after seeing you perform in Pride and Prejudice?

I hope that we are able to take the audience on a journey that they will remember fondly after they leave the theater. I have a great job because I get to take people on a journey outside of our daily lives. I heard once that Jack Lemmon used to say, “It’s magic time” before filming a scene and I think that’s a really great way to think about my job. I hope that the people seeing us perform Pride and Prejudice will  experience the magic and walk away from the theater in better spirits than they had when they came in.

LINK:
Part One: Behind the Scenes of Pride and Prejudice: Meet Annapolis Shakespeare Company by Terry Bouma.