I am pleased to announce the first professional season for NextStop Theatre Company. We have developed an exciting season that is focused on the idea of re-imagining ‘possible’ – Unorthodox approaches to classic stories and ambitious challenges to the limitations of our intimate style of storytelling. This season will test every preconceived notion about who we are, how we create theatre, and what we are truly capable of as artists and a company.

The season will kick off in September with The 39 Steps, adapted by Patrick Barlow from the novel by John Buchan and the classic film by Alfred Hitchcock. This critically acclaimed farce perfectly demonstrates how new life and energy can be infused into a vintage story through “the art of instant illusion-making that is theater” (New York Times). Under my direction, four actors will portray over 140 roles in this high-speed and hilarious spy thriller!

The 39 Steps was chosen to open our first professional season because I believe that it demonstrates and celebrates all the most fantastic aspect of that live theatre is capable of. It revels in the idea that when you go to a play, there is an unspoken understanding between audience and actor. That together they can and will create a world where truly anything is possible. Four actors can become 140 different people and a few steamer trunks can become a speeding train. That is the magic of theatre!

Jacob Marley’s Christmas Carol is a show that I have wanted to see someone do in this area for years! I have personally seen and been in numerous productions of A Christmas Carol. But there is something about this beautiful little script that makes this classic stories feel brand new. Add to that, the opportunity to get the wonderful and super talented Matthew Anderson back out to Herndon and how could we not do it?

Running at the same time, The Twelve Dates of Christmas, a new one-woman comedy by Ginna Hoben, provides a uniquely female perspective on the pitfalls of navigating “the most wonderful time of the year” as a single woman in our modern world. Up-and-coming DC area director Abigail Isaac will direct this funny and heartwarming tale, described as a holiday edition of Sex and the City for real people, with no ‘Mr. Big’ in sight.

The Twelve Dates of Christmas was written a few years ago by Ginna Hoben, who is an incredible NYC-based actress/playwright and a dear friend of mine. She had noticed that there were several one-actor holiday shows that were being done all over the country and not a single show written for one actress. She made it her mission to remedy that oversight and a funny, heartfelt and uniquely female voice was born in the form of Mary. Soon enough, everyone is going to want to do this show!

In February 2014, the incomparable words of William Shakespeare return to the Industrial Strength Theatre, as never before, in a new production of Richard III. Helmed by Dr. Lindsey D. Snyder of the Gallaudet University Theatre Department, this production will re-imagine the Bard’s “rudely stamp’d” monarch, not as a hunchback, but as a deaf man, in a bold new examination of the motivations of one of Shakespeare’s most notorious villains.

Richard III was a miraculous piece of serendipity. I approached Lindsey Snyder about being a part of the transition to NextStop last Fall, back in the infancy of the project. We had been discussing other shows and ideas that were under consideration when she just started telling me about this random, yet amazing concept that she had for doing Richard with a deaf actor in the lead role. She spoke at length about the powerful implications of viewing Richard, not as a monster, but simply as a man with a disability. Based solely on the passion with which she spoke about the idea and the outstanding challenges that it raised for the text, the production, and our company, I knew that we had to do it.

Finishing the regular season in May will be NextStop’s largest production of the year, as we transform the Industrial Strength Theatre into the dark and dangerous fairy tale world of Stephen Sondheim’s Into the Woods, which I will direct. Some of Elden Street Players’ earliest triumphs were found in the creative re-imagining of epic musicals in our intimate 114-seat theatre, so what better way to close out our first professional season than with this “giant” and powerful story about the quest for a better tomorrow and the unexpected lessons we learn along the way?

Into the Woods is going to be our moment of truth. The Elden Street Players built much of their reputation, back in the early 90s, on the strength of their epic musicals. There was something incredibly visceral about how we could find creative ways to make enormous shows like Chess, Hair, The Who’s TOMMY, and Sweeney Todd, fit into this intimate little space where the back row was only 25 feet from the stage. Somehow the work became much more raw and immediate. Now we are going to use all of our resources to push that idea further than we ever have before.

In January, the Elden Street Players, a 25-year-old volunteer theatre based in Herndon, Virginia, announced its plans to transition to a professional theatre company.

The 39 Steps
By Patrick Barlow
Adapted from the novel by John Buchan and the film by Alfred Hitchcock
Directed by Evan Hoffmann
September 26-October 20, 2013

What do you get when you mix a Hitchcock masterpiece, a juicy spy novel, and just a dash of Monty Python?  One of the most clever, exciting, and hysterical plays to come out of Broadway in years! You will be amazed as you watch four incredible actors take on more than 140 characters in a fast-paced whodunit that zips across England and Scotland. Murder, high speed chases, mistaken identities, espionage, and plenty of sexual tension will keep you on the edge of your seat in this loving homage to the classic spy thriller films of the 30’s and the magic of live theatre!

We all know the classic holiday tale of Ebenezer Scrooge and his miraculous redemption on Christmas Eve  But what about Jacob Marley, Scrooge’s dearly departed and unfortunately doomed business partner? In this behind-the-scenes retelling of one of the most famous stories of all time, join Marley and an annoying little sprite named Bogle, as they set out on an impossible adventure to save old Scrooge’s soul (and hopefully Marley’s as well!) In this funny, silly, and ultimately heartwarming solo show, one actor will take on every role in a tour-de-force holiday performance for the whole family!

What happens when Mary sees her fiancé making out with his co-worker on national TV at the Macy’s Thanksgiving Day Parade? She dumps him and drops her engagement ring into a Salvation Army kettle. She then spends the next year being set up, hooked up, strung up, and fed up as she navigates her life “alone” as a New York actor in her thirties—Sex and the City for real people, with no ‘Mr. Big’ in sight. Don’t miss this new holiday classic for anyone who has ever struggled to find a little cheer during “the most wonderful time of the year.”

Shakespeare’s most suave, calculating and deliciously evil character comes to life next season in the most ambitious and original production of the season. Witness the brilliant and power-hungry brother of the king, as he undertakes a bloody and merciless campaign for the throne. In this exciting new interpretation, see Richard re-imagined, not as an outwardly deformed monster, but rather as a deaf man driven to malevolence in an unsympathetic hearing world.

Into the Woods
Book by James Lapine
Music and Lyrics by Stephen Sondheim
Directed by Evan Hoffmann
May 1-June 1, 2014

A baker and his wife learn that they have been cursed by the witch next door and will never have children unless they embark on a quest to collect special objects needed to break the spell. Journeying into the woods, they cross paths with Cinderella, Little Red Riding Hood, Rapunzel, and Jack (of Beanstalk fame!), as they each endeavor to reach their own “happily ever after.” However, the consequences of our dreams can take us far beyond the storybooks in this beloved musical retelling of the Grimm’s fairy tales. 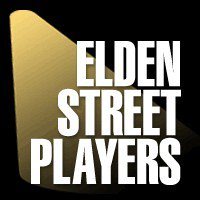 Playwright John Logan may be better known for his contributions to screenplays like The Last Samurai, Any Given Sunday, Rango, and Gladiator (for which he received an Oscar), but this play about the world of artist Mark Rothko is every bit as good, if not better. The Broadway production won six Tony Awards (2010) and has been called a A visceral, “superbly taut” (Chicago Tribune) battle of wills. Red drops you squarely inside the world of painter Mark Rothko and sets your heart pounding. At the height of his career, Rothko struggles with a series of grand-scale paintings for NY’s elite Four Seasons restaurant. When his new assistant challenges his artistic integrity, Rothko must confront his own demons or be crushed by the ever-changing art world he helped create.

Caroline, or Change
Music by Jeanine Tesori
Book and Lyrics by Tony Kushner
August 2-24, 2013
The year is 1963—civil rights and Kennedy—and in the Gellman household in Lake Charles, Louisiana, change is coming for everyone, in big ways and small. For 8-year-old Noah Gellman his struggle is with the loss of his mother during the arrival of a new stepmother. Caroline, their maid, struggles with her relationships and her spirit is tested by change. Two powerhouses of the American theatre, playwright Tony Kushner (Angels in America) and composer Jeanine Tesori (Thoroughly Modern Millie), join forces on a musical of startling creativity and refreshing originality. Caroline, or Change proves playwright Kushner’s point that “music is a blessing that enters the soul through the ear.”
LINK
‘Reaching the NextStop Part 1‘: An Introduction by Evan Hoffmann.