Continuing a long tradition of top notch performances, The Barns at Wolf Trap featured the compositions of contemporary jazz pianist Joe Sample on Wednesday, April 24, 2013 at 8:00 p.m. Even before Joe appeared on stage, the ambiance of The Barns’ unique, intimate atmosphere was an inviting prelude with offerings of wine, beer and light fare that patrons were free to enjoy during the ninety minute performance. The cabaret-like setting was immediately intimate yet simplistic with only the grandeur of a Yamaha grand piano and a rich, deep blue lighted backdrop onstage.

One cannot imagine any true jazz and piano lover not knowing Joe’s work, known for his trademark mix of dark chords and dancing, optimistic improvisations. Active from the mid-1960s, Joe is a veteran performer whose credits include Billboard chartings for “Carmel“ (1979), “Spellbound” (1989), “Ashes to Ashes” (1990), and “Invitation” (1993). His albums have featured contemporaries Lalah Hathaway, Randy Crawford, Bob James, Eric Clapton, Marcus Miller, David Sanborn, and Steve Gadd, among others. Founder of The Jazz Crusaders (1960- 1971), (later called The Crusaders), Joe’s earlier jazz fusion ensemble work became the training ground for his highly successful solo career. At 74 years of age, he remains contemporary and relevant, releasing his third album with Randy Crawford, a long-time collaborator in 2012.

Opening the set with “Rainbow Seeker” from the Blue Light track, Joe swung into Billy Mayhew’s “It’s A Sin to Tell a Lie.” I felt the intimacy of old friends sharing music and conversation evidenced by Joe’s monologue about being influenced mostly by everyday people, saying he believes the success of music depends on everyone feeling the same thing at the same time. I cannot imagine, however, his boyhood segregated Houston, Texas neighborhood where Joe said most families had a piano in their living room! He credited Scott Joplin (“The Entertainer,” “The Maple Leaf Rag”) as his all-time favorite composer, explaining that he loved to play “The Entertainer,” sometimes slowing down the notes to reverence and hear tonal quality.

Continuing his monologue between compositions, Joe shared that his inspiration for Spellbound came from his dissatisfaction with corporate takeovers in the music industry during the 1990s, essentially dissolving 362 labels into six corporate labels. Joe’s next offering was his impression of how George Gershwin would have played his famous composition “I’ve Got Rhythm.” Moving on to the recognized father of stride piano, James P. Johnson, Joe’s monologue included a vibrant description of an everyday jazz, cocaine and cognac environment. Offering the classic “Ain’t Misbehavin’” it was easy to recognize the up tempo Fats Waller influence, another admirer of Johnson and stride piano.

I was not disappointed with TWO five star renditions of “Misty” and “CC Rider” to the appreciative applause and standing ovation of the audience. Joe ended with an encore entreaty, a rousing delivery of “Shreveport Stomp.” 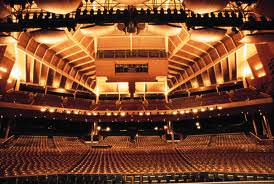