In 1982, the young Japanese immigrant, Midori Goto, made her concert debut with the New York Philharmonic under the baton of the legendary Zubin Mehta. The young violinist was only 11 at the time. Three years later at the ripe age of 14, she famously broke her violin playing Leonard Bernstein’s Serenade at Tanglewood, under the baton of the composer himself. The New York Times headline for the concert said, “Girl, 14, conquers Tanglewood with 3 violins.”

Flash forward to 2013 and the now veteran of the concert scene, and chair of the String Department at USC’s Thorton School of Music, who only goes by her first name, Midori, played Bela Bartok’s Violin Concerto No. 2 at Strathmore on Saturday evening as a guest of the Baltimore Symphony Orchestra, conducted by Gilbert Varga.

It is only fitting that Midori goes by her first name only. She is to the violin what Cher, Madonna, and Beyonce are to pop music – true greats that only need one name to be instantly recognized.

Midori played the Bartok piece with fiery passion and technical maneuvering on her instrument that made the violin become an extension of her silky arm. From the opening duet with her and the harp to the second movement’s theme and variations motif, Midori displayed a musicality of the piece that was no doubt what Bartok intended when he wrote the concerto for Zoltán Székely. In fact, this piece has probably not been played with such passion since Székely himself premiered it in 1939.

While the first two movements of the piece where a display of artistic brilliance, she outdid herself in the final movement’s difficult cadenza. Composed primarily of double stops, Midori’s interpretation of the cadenza is a work of art. Upon completion of the concerto there was a brief silence in concert hall as the audience was processing what we just witnessed. Then as if the audience rehearsed, jumped to their feet in a standing ovation that lasted what seemed like an eternity. And rightfully so, Midori earned every minute of it. Somewhere in the rafters at Strathmore the memory of this brilliant performance will resonant for an eternity. And that is something only reserved for the great one-named artists.

The second half of the evening, the Baltimore Symphony Orchestra played Brahms Symphony No. 1. The first symphony by the Viennese composer was methodically played by the BSO while Maestro Varga conducted scoreless. Brahms was considered by many scholars of his day to continue the great symphonic work that Beethoven started and this would be the first of only four that he would write, and this particular piece is widely dubbed “Beethoven’s Tenth” as it is almost an homage to the late genius. Varga chose a little brisker tempo to present this piece with lots of energy  and the Beethoven-esq pastorale theme in the final movement fell a little flat in both style and intonation because of this.

The BSO has a long history of bringing in celebrated guest artists and conductors Saturday evening’s concert has a great reminder of the fabulous offerings this symphony gives us. 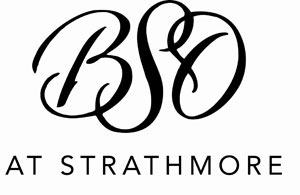 Midori and The BSO performed one-night only on April 27, 2013 at The Music Center at Strathmore – 5301 Tuckerman Lane, in North Bethesda, MD. For future events, check their calendar.

Midori has a non-profit dedicated to bringing music to students of New York City. From her website: Founded in 1992 by the world-renowned violinist, Midori, and a committed board of directors, Midori & Friends has enhanced the lives of almost 200,000 under-served New York City children and their families through providing high-quality music education programs and initiatives. We serve over 15,000 students annually in 40 public schools and community agency sites within New York City’s most disadvantaged communities. Focusing on children with little or no access to the arts, our programs are offered at no cost to students and available to all children regardless of their musical ability, education, or economic background. In many cases, our music programs provide the first experiences in which children become engaged in school, realize a sense of accomplishment, and attain self-confidence.