Most people are at least passingly familiar with the villainous Richard of York, and have at least heard of England’s War of the Roses, but Margaret of Anjou?  Not nearly as familiar. Yet the University of Maryland’s production of Ashley Smith’s play In Time of Roses is striving valiantly to change that, and introduce audiences to the fascinating woman that was Margaret of Anjou, Queen Consort of England.

The play begins with a woman (later determined to be Margaret of Anjou) in a bleak, gray room that is labyrinthine—as she exits through one door, she simultaneously enters through another, truly setting the stage for the story that no matter what Margaret does, the outcome—the loss of the throne—is inevitable. There is no escape.  With this despairing opening, we begin Margaret’s story, through her marriage to the pious yet weak King Henry VI, to her inevitable defeat at the hands of Richard of York.

Playing Margaret as a young woman is Anna Lynch, while Sara Thompson plays Margaret as a mature woman. Both capture Margaret’s rage and frustration at her weak husband and denial of her love (the Earl of Suffolk, dashingly played by Kevin McLaughlin), as well as her strength. Thompson especially has a memorable monologue addressing and insulting Richard of York (convincingly played by Thomas Stratton) while wielding a bloody sword and handkerchief However, the standout for me was Sam Stenecker as the whiny, easily-dominated King Henry VI.

While the other actors occasionally deviated into the all-too-easy trap of overacting (especially with Shakespeare), Stenecker was never over-the-top and was a convincing (and much needed) foil for all the strong characters populating the play: Margaret, the Earl of Suffolk, the Duchess of Gloucester (Emery Erin Hamami) and the Duke of Gloucester (Alex Miletich IV).

The creative team deserves accolades for their work: Scenic Designer Paige Hathaway, Lighting Designer Jane Chan, Costume Designer Maho Nishida, and Projection Designer Sarah Tundermann, and Sound Designer Christopher Baine all used their skills to great effect. The projections especially were innovatively used to turn the grey walls of the set to a castle, a cathedral, even a forest. The eerie music slides in and out of dissonance, highlighting the instability of the characters and their situation, while the spare lighting and costumes for what is ostensibly the sumptuous English court – underscore that instability and dissonance as well.

Despite the talents of the actors and the creative team, I was slightly disappointed by the play itself. Director and Playwright Ashley Smith said that his goal was “to distill the story of Margaret of Anjou…focusing on the love triangle between her, King Henry VI, and the Earl of Suffolk,” yet also noted in the program that the play is “particularly interested in exploring how the seduction and conscription of Margaret—Suffolk’s plot to sell her into marriage to King Henry VI in order to ‘rule both her, the king and realm’—was, as Shakespeare imagined it, the spark that ignited the War of the Roses.

This mixed focus drags down the play, as the switch between the two stories never quite seems to gel, thus the plays drags on too long. Margaret of Anjou was a fascinating historical player, with many different facets—In Time of Roses would have succeeded more by focusing on one facet, rather than many.

Yet despite this, and due mostly to the talents of the young actors, In the Time of Roses is an entertaining night out at the theatre and succeeds in the most basic goal: to help audiences understand one of William Shakespeare’s “greatest female creations.’

Running Time: About one hour and 40 minutes, with no intermission. 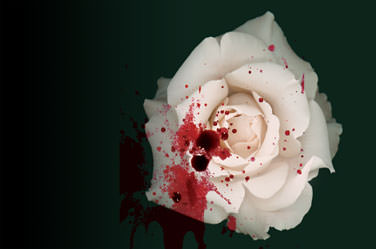 In Time of Roses plays through May 4, 2013 at Clarice Smith Center for the Performing Arts—University of Maryland Stadium Drive, in College Park, MD. For tickets, call the box office at (301) 405-ARTS (2787), or purchase them online.