Recovery is an authentic, funny, and powerful play whose characters are connected through confrontations with leukemia. But, as Mark explains, the main focus of the play is on its characters, not their disease.

“Leukemia is a catalyst that brings people from different backgrounds together to question the essential meaning of existence, forge new, meaningful connections, and find the will to keep moving forward—even under the most challenging circumstances,” says Mark. “I know the word ‘cancer’ can scare audiences away, but Recovery is about multi-faceted, full-bodied people who laugh, love, and live to the fullest, and who are very much like you and me, despite having leukemia.”

Playwright Mark Jason Williams was diagnosed with leukemia at the age of four—a time when the survival rate was roughly 60 percent—and spent more time in hospitals than on the playground. “My childhood certainly wasn’t a typical one,” says Mark. “I endured lots of painful, invasive procedures, and couldn’t really do most of the normal kid-stuff, such as play baseball or go to school, which was very frustrating. But, it wasn’t all bad. I had an incredible amount of support from my family and friends, and I know it might sound cliché, but laughter and love were the best medicine. It’s the nuanced, personal moments that have stuck with me, and that I wanted to portray in Recovery.”

While Mark’s experiences bring much authenticity to the play, Recovery is not an autobiographical piece. 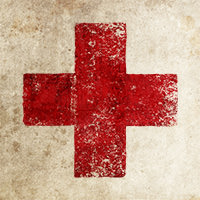 “The play was inspired by those I met while in the hospital: fellow patients and their families, as well as doctors and nurses, who faced their challenges with humor and positivity,” continues Mark. “Recovery was also inspired by my writing mentor at NYU, Venable Herndon. He was a wonderful teacher and friend, who also had leukemia, and faced it with biting humor and sharp wit. Sadly, Venable died shortly after reading the first draft of Recovery, but I know he lives on through this play.”

Recovery made its Off-Off Broadway debut in June 2010 with the Planet Connections Theatre Festivity, where it received multiple awards, before heading to the 2011 Minnesota Fringe Festival, where it was an audience favorite. The play returned to New York City later that year as official selection of the New York International Fringe Festival, and now Mark is looking forward to bringing Recovery to Capital Fringe audiences.

“My favorite part of being a playwright is the connection I get to make with audiences,” says Mark. “In New York, a man named Tom, who survived throat cancer, told me that Recovery made him feel ‘human’ again, and that’s a moment I’ll never forget. I’m excited about meeting Capital Fringe audiences. I’ve heard great things about the Washington D.C. theater scene, and I’m thrilled to be a part of it!”

Mark Jason Williams is an award-winning playwright from New York City who has a BFA in Dramatic Writing from NYU’s Tisch School of the Arts. He received the 2011 Planet Connections Award for Outstanding Playwriting (for his play, The Other Day) and his shows have appeared in significant venues in New York City, New Jersey, Chicago, and Minneapolis, including the Barrow Group Theater, Bleecker Street Theater, Robert Moss Theater, Gremlin Theater, and the historic Landmark Loews Jersey City. For more about Mark, please visit his website.

ABOUT CAPITAL FRINGE: Capital Fringe is a 501(c)3 nonprofit organization founded in 2005 with the purpose of connecting exploratory artists with adventurous audiences by creating outlets and spaces for creative, cutting-edge, and contemporary performance in the District. Capital Fringe’s vital programs ensure the growth and continued health of the local and regional performing arts community by helping artists become independent producers while stimulating the vibrant cultural landscape in our city. Official Hashtags: #outsidetwire #capfringe13 #CapFringeSoldOut