Lois Cecsarini makes her Fringe debut this year with Eve’s Big Fat Family Reunion, a heartfelt musical comedy. The musical rolls together Cecsarini’s 22-year diplomatic career and recent seminary studies with her songwriting talent, imagination, and humor.Ask her where the stories and songs for Eve’s Big Fat Family Reunion came from and she’ll tell you, “I heard voices in my head.” They were the voices of contemporary women speaking to and through their biblical sisters, she explained, adding, “and those voices were not shy! They were very clear about their stories, and sometimes they even dictated the style of song they wanted!” Cecsarini got it all down on paper – sometimes an entire song was born in just an hour or two.

“Imagine the headlines you might have seen had there been newspapers in the ancient world: ‘Slave and her son exiled to desert survive,’ ‘Clever midwives save condemned baby boys,” or ‘Waltzing Madonna stands up for the poor.” As they spoke to me, I was impressed by the courage and cleverness of these women. And their stories reminded me of the challenges many women still face today, especially in the developing world – and the courage and resilience they must cultivate just to survive. The stories of Eve and her “daughters” jumped out as relevant, telling, and transforming,” Cecsarini added.

“There is so little information on some of these astounding women that I had to take some artistic license,” said Cecsarini. “Take Noah’s wife, for example. She didn’t even have a name in the story, so I gave her one — Thelma  — and then imagined how she might have mucked out the ark and broken up fights among the animals while Noah drank – which he was known to do — or chatted with God. As Thelma herself said to me, ‘Noah may have built the boat, but guess who kept it afloat?”

The musical helps strip the mask off people that we may know only as one-dimensional biblical stick figures – or not at all. Cecsarini brings them to life through vivid, if imaginary, glimpses into their not unlikely backstories. Mother Eve and Adam’s lesser-known first wife Lilith, plus Ruth, Sarah, Jezebel, Hagar and others step up and have their moment in the sun. Even some of Eve’s “sons” – Moses and Abraham and Boaz – take the microphone and expose a concealed side of themselves. 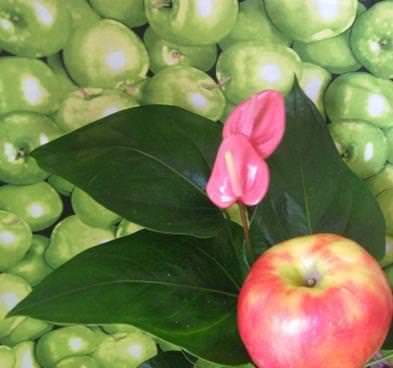 Lois Cecsarini: Eve’s Big Fat Family Reunion premiered in Alexandria, Virginia, in April 2012, and was dedicated to the many individuals and organizations that work for women’s empowerment and equality. The play was inspired in part by the book, Half the Sky by Nicholas Kristof and Sheryl WuDunn. Here are some of the audience comments from the premiere: “Exhilarating experience! There is a finger-snapping, head-bopping dimension to this work!”… “AWESOME! Wonderful lyrics set to great music…. I have chills just listening to it!”…“Funny, moving, beautiful and enjoyable.” Lois Cecsarini has written two other musicals: The Gospel of Mary and Amahoro and produced four CDs of her music.

ABOUT CAPITAL FRINGE: Capital Fringe is a 501(c)3 nonprofit organization founded in 2005 with the purpose of connecting exploratory artists with adventurous audiences by creating outlets and spaces for creative, cutting-edge, and contemporary performance in the District. Capital Fringe’s vital programs ensure the growth and continued health of the local and regional performing arts community by helping artists become independent producers while stimulating the vibrant cultural landscape in our city. Official Hashtags: #outsidetwire #capfringe13 #CapFringeSoldOut