AFI Docs, presented June 19-23, 2013, celebrates its 11th year and excellence in documentary filmmaking and storytelling on a variety of topics. The rebranded AFI Docs (formerly AFI Silverdocs) renowned for being one of the nation’s best documentary film festivals, now at four days (down from a week long Festival), offers ambitious programming, and a tighter, more concentrated film schedule in half the time.

After a decade at the celebrated AFI Silver Theatre and Cultural Center in Silver Spring, MD, the festival expanded this year from its historic hub, and attempts to build upon the success of Silverdocs with a presentation of screenings and events at iconic venues on the National Mall and in the Penn Quarter area. The reduced slate of 53 nonfiction films this year (down from 144 in 2012) is playing at the Newseum, National Portrait Gallery, the Goethe Institut, the National Museum of American History, and the National Archives. Lead by Executive Director Sky Sitney, the festival is “embarking on a transformational chapter” in it’s history. AFI President and CEO Bob Gazzale, said “AFI Docs will bring film artists to the forefront of a dialogue with our nation’s leaders. AFI Docs’ goal is to catalyze change through art.”

Noteworthy this year are the impressive number of films screening at AFI Docs directed and/or produced by female filmmakers. A look at the schedule and a rough count,  numbers 28 female filmmakers as the visionaries of the 53 films behind shown. Also of interest is Director A.J. Schnack screening two films at AFI Docs this year – We Always Lie to Strangers, and the U.S. Premiere of Caucus, the Festival’s Closing Night Film.

In April of this year, the American Film Institute announced that the festival would be given a new name, a new chief sponsor and a new geographical center, and that the Discovery Channel would no longer be the presenting sponsor. Formerly called AFI Silver Docs, the new emphasis of the festival is to go back to its roots in the nation’s capital and politics, and is now called AFI Docs presented by Audi.

In 1967, AFI was born out of President Lyndon B. Johnson signing the National Foundation on the Arts and the Humanities. AFI is dedicated to the preserving the history of the motion picture, to honor the artists and their work, and to educate the next generation of storytellers.

The number of film offerings might have changed, but the impressive wide variety, and quality, films screened at AFI Docs remains. The loss of the Filmmakers Conference is a blow and was an annual festival highlight not only for visiting filmmakers but to aspiring local filmmakers and informed film community. The professional development conference that drew filmmakers from across the country to Silver Spring has been replaced with the policy engagement program and the free “Catalyst Sessions”: The art of moving reality. This offering was designed to shine a light on the issues of today and identifying quality films that can change the dialogue around an issue. The AFI Catalyst Sessions served as stimuli for national public discourse and an opportunity for audiences to engage with filmmakers and discuss the subjects of their films, and dialogue with policymakers and thought leaders.

The expansion into D.C. is a delicate balance of growing a film festival and program, but  also preserving the accomplishments and acclaim of the past. The dispersal of films to landmark DC venues made it a challenge to see most films in such a reduced time frame. Still, everything will be shown at least in the AFI Silver Theater in Silver Spring, MD, as well as in the District through the run of the festival. (The Opening Night, Closing night and Gala screenings are in DC). Also, AFI Docs’ “Best of the Fest” will screen eleven films on Monday, June 24, 2013  at the AFI Silver Theatre.

Here is the “Best of Fest” AFI DOCS SCHEDULE to be shown at the AFI Silver Theatre and Cultural Center on Monday, June 24, 2013.

Politics has taken on a higher stake this year. 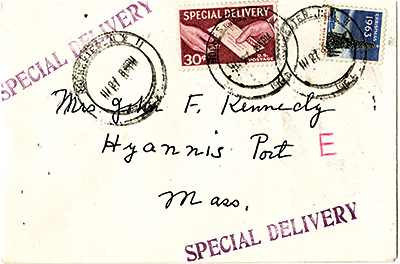 The festival opened Wednesday with the Opening Gala and world premiere of Letters to Jackie – a film by Academy Award-winning director Bill Couturié about the hundreds of  thousands of people who wrote condolence letters to Jacqueline Kennedy after the assassination of her husband, President John F. Kennedy. The brilliant editing, and sweeping dramatic tension in this two-hour film based on the book, “Letters to Jackie: Condolences of a Grieving Nation,” by Ellen Fitzpatrick, features letters read by 20 of today’s top actors including Jessica Chastain, Chris Cooper, Viola Davis, Zooey Deschanel, Anne Hathaway, John Krasinski, Laura Linney, Frances McDormand, Channing Tatum, and Betty White. TLC will premiere Letters to Jackie as a special television event in November 2013.

Thursday was the Gala presentation at the Newseum of the Washington, DC premiere of Herblock: The Black & White written and directed by Michael Stevens and produced by George Stevens Jr. The film, traces the career and influence of the most influential political cartoonist of the 20th century and the people who became his subjects during his 55 years at the Washington Post.

On Friday, the highlight event of the day was the Charles Guggenheim Symposium that honors the legacy of the late four-time Academy® Award-winning filmmaker Charles Guggenheim. This year’s the Guggenheim Symposium celebrated Academy Award – winning filmmaker, Errol Morris (Fog of War.), a significant and original voices in documentary cinema. His films have highlighted the beauty of the eccentric (Gates of Heaven and Vernon, Florida), examined the intricate complexities of the human psyche (Fast, Cheap, and Out of Control, Mr. Death: The Rise and Fall of Fred A. Leuchter, Jr.), and exposed law and order and the politically concerned (The Thin Blue Line, Fog of War.) His next film, in post production, is a documentary on Donald Rumsfeld, The Unknown Known: The Life and Times of Donald Rumsfeld.

That event was followed by the Centerpiece Gala, with the World Premiere screening of Documented written and directed by the  Pulitzer Prize-winning journalist and founder of Define American Jose Antonio Vargas. The film confronts a timely, critical issue exploring immigration in America using Vargas’ own personal story. As one of the country’s most prominent undocumented immigrants Vargas, himself documents America’s growing undocumented immigrant movement.

Here is an eclectic selection of wonderful visual stories with attention to exceptional documentary form, and my personal highlights at this year’s 11th AFI Docs Festival. 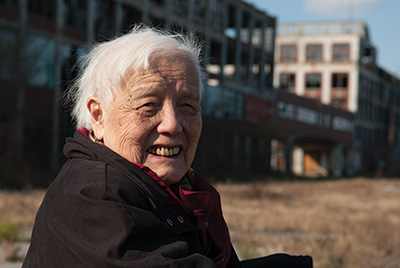 Grace Lee Boggs is a legend in her own time. The 97-year- old activist/ philospher, and daughter of Chinese immigrants born in 1915, has spent nearly her entire life working to effect positive social change. Boggs is powerful in telling what she means by an American revolution through her evolution and sustained lifetime of activism. Eventually becoming a Black Power activist and a passionate civil rights revolutionary in Detroit, Grace Lee Boggs’ activism and fascinating tales and lessons learned over the major social movements of the last century make for a remarkable, thought-provoking documentary on a wise and awe-inspiring subject. 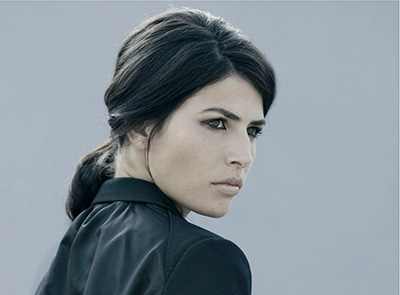 Ten years after  being crowned Miss World in 1998, Linor Abargil, an Israeli beauty queen is ready to talk about the rape and brutally attack by an acquaintance that occurred to her less than two months before she was crowned. Cecilia Peck’s riveting  documentary, Brave Miss World is about the found strength of one incredible woman as she paves the way for other women to take back control of their own lives. The passionate storytelling of this life-altering story is one woman’s quest to turn personal tragedy into global awareness. 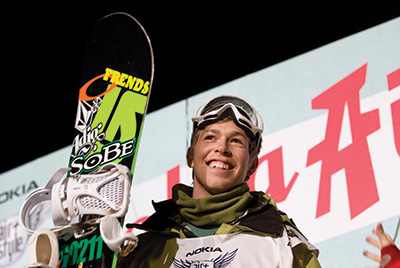 The Crash Reel is the compassionate, unforgettable documentary about traumatic brain injury by festival veteran and two-time Academy Award Nominee, Lucy Walker. This intimate and engaging portrayal focuses on pro snowboarder Kevin Pearce who suffered a traumatic brain injury, two months before his participation in the 2010 Winter Olympics. The tragic accident not only derails his life, but also the much-anticipated sports rivalry with competitor Shaun White. This thrilling and penetrating film shares Pearce’s struggle throughout his recuperation  to understand the new rules of a disabled world, and is a testament of understated heroism and bravery  of a recovering champion. The Crash Reel has played at the Sundance and Berlin Film Fesivals and is the SXSW Film Festival Audience Award-winner. The film will air on HB0, July 15th, 2013 at 9pm.

Filmed in Greenland, the seductive, visually stunning beauty of this documentary is the first thing to take your breath away. An environmental film about the unexplored landscapes of the Arctic, this adventurous journey observes nature and humanity with quirky humor and unique character forming the exciting backdrop of this expedition to the end of the world. Intelligence is celebrated in Expedition the end of the World while reminded us of our wholly insignificance and lack of control.

Director Dencik was voted Talent of the Year in documentary genre in Denmark in 2012 and received Reel Talent Award at CPH: DOX.

From the director of the eccentric and fascinating The Invention of Dr. Nakamats (2009), Danish filmmaker, Kaspar Astrup Schröder, produces Rent a Family (East Coast Premiere) – another  unique and unpredictable story – this time about Mr. Ryuichi and his unusual way of life. Ryuichi runs a peculiar service in Japan that offers actors to stand in for family members, with their presence filling weddings, and providing support at negotiations. Struggling and depressed, he sends himself to substitute for those who need family members, and in many ways, to get away from his own. This is a film that is anything but ordinary, and a definite strange but true tale that is captivating.

Two-time Oscar-winning filmmaker Barbara Kopple masterfully explores the troubling legacy of the Hemingway family (substance abuse, mental illness, and suicide) through the fascinating insight and personal journey of Academy Award-nominated actress Mariel Hemingway (The granddaughter of Ernest Hemingway). Revealing, intimate Hemingway family details found in the amazing archival footage and outtakes from Margaux Hemingway’s (Mariel’s sister) documentary Winner Take Nothing, examine the often heartbreaking details of the Hemingway legacy. Deeply hidden secrets emerge as Mariel comes to terms with unflinching honesty of the drama and tragedies of her family’s past that have shaped the course of her life. Screened at Sundance and at Tribecca Film Festivals, Running from Crazy is a not to be missed documentary.

Director Barbara Kopple  produced and directed two Academy Award winners for Best Documentary Feature, Harlan County USA and American Dream. In 1991, Harlan County USA was designated as an American Film Classic, and named to the National Film Registry by the Library of Congress.