It’s a fancy Shakespearean word that means nothing fancier than “everybody leaves.” Yet it brings to mind flourishing capes, actors strutting dramatically into the wings, and velvet curtains dropping. And that’s where the idea for 43 and a ½: The Greatest Deaths of Shakespeare’s Tragedies began.

Too often, people say that Shakespeare isn’t actually relevant anymore—if they like anything about his plays, it’s usually the stabby bits. 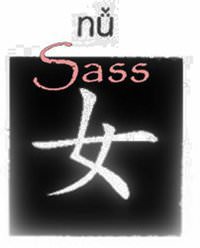 From that starting concept, Nu Sass Productions gave Director Sun King Davis and his band of rowdy artists free reign to take the many weird ways Shakespeare kills people in his tragedies – their final “exeunt” as it were – and then give those deaths absolutely any pop culture treatment imaginable. The results are hilarious, beautiful, contemporary, and meaningful: 50% original Shakespearean text, 50% new work created by the artists involved in the project, and 100% relevant.

It’s all too appropriate that 43 and a ½: The Greatest Deaths of Shakespeare’s Tragedies will make its world premiere this July at the Capital Fringe Festival, because that’s where the show was born. Fringe is a magical place where innovative artists and engaged audience members gather to perform, support, and critique each other’s work. Late at night on the Fort Fringe patio, sipping beers in the sweltering DC summer, exhausted and exhilarated from performance—inevitably the talking and story telling leads to, “You know what I’ve always dreamed of doing?…”

A weird idea from Sun King about only presenting the death scenes, a longing by co-producers Aubri O’Connor and Emily Todd to do Shakespeare again after 5 years, and a bunch of audience members and friends who wish the Bard would just get to the gore already—and 10 months later, out came a bloody brilliant play.

43 and a ½: The Greatest Deaths of Shakespeare’s Tragedies also gives the audience a look inside the creative process itself: pulling the velvet curtain back and letting everyone see the actor’s joy in acting and the fun of the creative process. In 43 and a ½, the actors often step outside their scripted scenes to engage and reveal themselves, arguing over the real cause of Ophelia’s death, or revenging themselves for the scripted death just inflicted upon them.

At its heart, this show is (with due respect to Shakespeare’s words) an irreverent look at Shakespeare’s deaths – a truly collaborative effort to take Hamlet’s “mirror up to nature,” give it a funhouse warp, and hold it, as ‘twere, up to death.

With stellar cast members Jenna Berk, Ricardo Frederick Evans*, Bess Kaye, Aubri O’Connor, and Danny Rovin, 43 and a ½: The Greatest Deaths of Shakespeare’s Tragedies is a wild romp through the stabbiest, wildest, and bloodiest bits of the Bard’s most murdery moments! Join us this summer… if you dare!!!

* Equity Actors are appearing under an exclusive arrangement with Actors’ Equity Association.