Ass Chronicles is a booty call and a call to booty power.

Playwright Empress Joyner was inspired by The Vagina Monologues, for which she was cast in New York. Her own play starts with ‘Musical Tribute,’ in which women in tight dresses dance to thumping electronica. A man whose intentions are clear approaches the chief diva from behind, but then she turns, jumps and wraps her legs around his waist. It is a moment that says “Now she’s is in charge. And, oh, look, everyone is happy.”

Joyner, who goes by Empress J., is founder and CEO of Healing Out Loud Theatre (H.O.L.T.) Productions, which promotes healing thought, discusses societal ills, and liberates people from social restraints.

The most chilling vignette was “Put A Robe On,” in which a girl who has reached puberty is raped by an older male cousin who she loved. During this disturbing action, an actor representing her older-self describes her emotional scars and confusion over whether she was responsible. 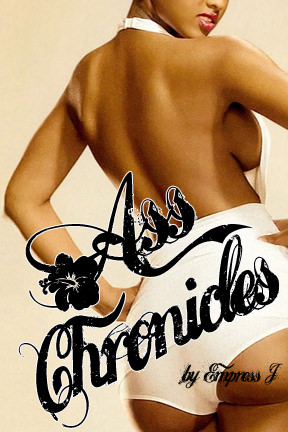 In a llighter sketch Joyner depicts a female Jamaican cabbie. Her male passenger gets more and more annoyed as she instructs him in the finer points of butt watching. Basically she says, “Women look at women’s butts, men look at men’s butts and athletes pat each other’s butts.” I can still hear her saying, “An’ dat’s O’Keeeey.”

I predict that Empress Joyner will make a name for herself because she can write well, especially monologues, and she attracts good talent. The cast consisted of Morgan Camper, Ayasha Morris, Attey Harper, Ann Margaret Annan, and Gary Pilgrim. There were more extras but it never became overwhelming under the direction of Stenise Reaves, and the stage management of Joyce Jackson. A full run in a familiar space would give the crew a chance to become as confident as the actors.

Other plays in the DC Black Theatre Festival are being staged at multiple venues through tomorrow, June 30, 2013.