On my way to rehearsal for Love, NY I come through the metro gates at Dupont Circle to find that the huge escalator leading to the streets above is out for the second time… this weekend. Shit! Just another purely DC moment of having to walk up what feels like the longest escalator ever, carrying a suitcase full of costumes of all things! I start to laugh as I am reminded of the opening number of Michael Ruby and Robert Rokicki’s musical Love, NY, a whirling song where five characters and a colorful ensemble try to make their way through the constant obstacles presented by New York City.

Since the end of May I have been commuting from my home in NYC to Washington, DC for rehearsals along with two other actors in the show.  While at home I work my part time job at a local museum, attend auditions, and dramaturg for Theater in Asylum. I then hop on the Megabus for three days of rehearsal in DC each week. I have to be diligent in taking care of myself through this exhausting experience and many people question why I would go through all the trouble. As my character Emily says, “I’m surviving.  It’s much harder than I thought, but something always keeps me going.” Emily is referring to her job of teaching second grade in the Bronx, but the thing that keeps me going is Love, NY and the amazing opportunity it affords me to play a character that has such a positive outlook that I can fully relate to. I am reminded of why the hustle is worth it each time an actor delivers his or her joke just right, when the cast works to perfect a group number, or when the honesty in a moment is potent.

Living in NYC is a challenge everyday, between subway trains making me late, everything being incredibly expensive, and constantly being bombarded with people, sounds, and smells. It is an experience that Emily, the rest of the characters of Love, NY, and anyone trying to live in a modern city can relate to in so many ways. They are all trying to figure out exactly where they fit in this winding maze of life and searching for love, success, passion, and stability. Like most people in their twenties they will make mistakes along the way and often find that the happiness they were seeking is found in a place they never expected. The great thing about this show is that everyone has felt the way these characters do at one point or another.

After lugging my suitcase up that escalator I grabbed a smoothie and enjoyed the weather and amusing weekend crowds around Dupont on my way to our rehearsal space. At this point in the show Daniel, the protagonist, would be saying to me, “Your awfully optimistic for a New Yorker,” and Emily would make the wise remark that, “Deep down, we’re all optimists. If we weren’t why the hell would we be here.” 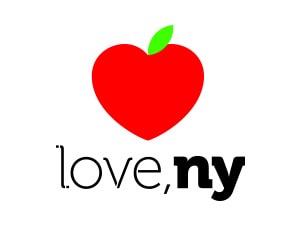