It is with heavy heart that I divulge to my dear readers one of my secret pleasures – because not to share my latest adventures is anathema to my nature. But first I’ll tell of my history with a place that has been dear to my heart for many years.

Fifteen years ago I discovered one of the nation’s most under-the-radar destinations. A secluded destination that has more in common with Britain’s “Treasure Houses” than a Virginia gentleman’s farm, although that is what it once was. It began innocently enough on a Saturday morning in the beautiful foothills of the Piedmont region where we had gone to meet friends at the steeplechase races. After driving about an hour from Washington we turned off the highway onto a country lane past a series of stone columns fitted with iron gates.  A large rock waterfall beside the road appeared as if out of nowhere. Meadows resplendent with wildflowers and a small airstrip came into view. The winding road led us high up to a racetrack that coursed over hill and dale and around several ponds.  We spent a glorious day wondering where indeed we were.

Fast forward to the following year and we are watching sheep trials on the same wondrous property. We take luncheon in the manor, tour the formal gardens, watch collies work the sheep, and stroll the grounds circling around quiet ponds bordered with more houses, cottages, swimming pools and a small pub. Herons and geese abound, frogs and crickets whir in concert and fish leap out of the water breaking the silence.  We are at Airlie House.

On our next visit we were guests at a lawn party at one of the homes on the property where the landowner’s son, a young doctor and musician, lived in bohemian splendor amidst mansions and stables and wild raspberries.

Soon after we learned of the Airlie Environmental Studies Center and its Director Dr. Bill Sladen whose swan migration program trained Trumpeter Swans, bred on the property, to follow an ultralight plane. And so, we returned for a swan conference, an international ornithological event that occurs somewhere in the world every ten years. For the first time we spent a night in one of the lovely cottages before taking off to a secret location near the Chesapeake Bay where we banded swans while cradling them in our arms. The bus then took us further south to the Great Dismal Swamp on a 32-hour expedition shared with thirty-five ornithologists speaking seventeen languages.

Last weekend I returned for a stay at Airlie House for the full-on guest experience.  The 1200-acre conference center, once known only to high-level government officials, corporate CEOs and those whose business is conducted free from prying eyes, has now flung open the doors and grounds of this historic property to overnight guests, offering weekend packages, winemaker’s dinners in the field and a new partnership with the Castleton Festival. No longer is it the exclusive purview of conference attendees. At last anyone can experience its once-hidden glories.

As the summer sun climbed high overhead I met with Airlie’s Executive Chef Jeff Witte, a Los Angeles native and graduate of Le Cordon Bleu, who guided me through the sustainable gardens, a passive solar hoop house and raised beds bursting at the seams with herbs, vegetables and flowers. Bee hives, the wellspring of Airlie’s honey, dot one side of the fenced-in plots, while climbing hops twine around poles in the biergarten.

The Center’s kitchen benefits from 4,500 pounds of organic produce each year, some of which is shared with community food banks. “We source from over 30 local farms for our meats, cheeses and fruits, buying everything as locally as we can. We’re totally committed to our relationships with the community’s farmers,” explains Witte whose upscale regional cuisine strikes an elegant chord with diners.

Kae Yowell, Head Gardener for the Local Food Project at Airlie, who grew up on a dairy farm where her grandparents grew and canned their own vegetables, enjoys teaching others about the pleasures of the garden. “Throughout the year we have a series of lectures on gardening, seed saving and beekeeping. We just had one on making fruit jams and jellies from our strawberry patch.

This weekend guests can join in the annual Butterfly Count and by the looks of it there will be plenty of monarchs and swallowtails flitting about the gardens and the surrounding wildflower meadows. For more information on Airlie Center and its weekend packages with tickets to Castleton visit www.Airlie.com.

Entering its fifth anniversary season with Maestro Lorin Maazel, Castleton’s founder and world-renowned former conductor of the New York Philharmonic and guest conductor of many of Europe’s finest orchestras, the festival plays host to international opera and musician superstars, as well as up and coming orchestral virtuoso artists. Situated on a 550-acre farm the Theatre House and its concert venue feature weekend programs of classical music concerts played by a full orchestra, chamber music performances, cabarets, and operas by composers from Puccini to Verdi to Andrew Lloyd Webber. 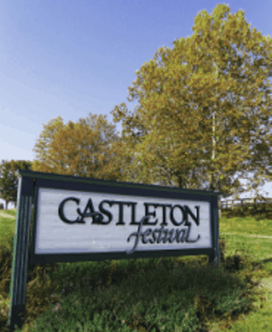 Maazel’s wife, Dietlinde Turban Maazel, is the festival’s co-founder and Associate Artistic Director. As a stage and screen actress she is singularly qualified to train the young artists that come from around the world to Castleton’s doors for the summer Artists Training Seminars and workshops in the performing arts. Another famous faculty member is American mezzo-soprano, Denyce Graves, veteran of the Metropolitan Opera and native Washingtonian. 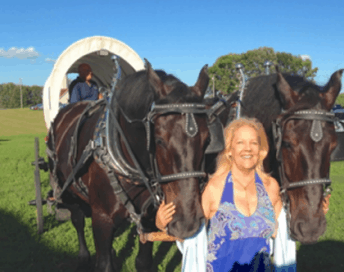 Last Saturday the Castleton Festival staged a spectacular performance of Puccini’s “The Girl of the Golden West” and organizers had put an exclamation point on the theme with a cowboy galloping around the hills on a black and white Paint and a Conestoga wagon pulled by two perfectly matched draft horses at the entrance to the concert hall. It was a glamorous night for attendees and benefactors who basked in the glow of a glittering opening night. For tickets and information on the Festival’s upcoming performances through July 28th visit www.castletonfestival.org 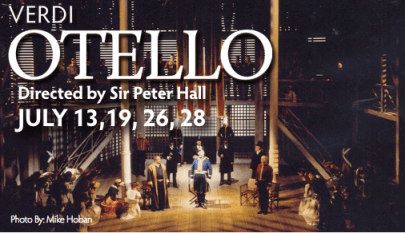