“New plays are the future,” says Ed Herendeen, the Producing Director of the Contemporary American Theater Festival (CATF), located in Shepherdstown, West Virginia. “That’s been our focus from the beginning and the fact that so many Theatres are doing new plays in Washington, D.C. area – I am so happy about that – and I’m thrilled to be a part of the D.C. Theatre Community.”

Founded in 1991 by Herendeen, and located just 70 miles north of Washington, DC, the Contemporary American Theater Festival at Shepherd University has become a leading center for the production and development of new plays, having fully staged 100 American works, including 37 world premieres, by 72 different playwrights. For the past 22 years the Festival has successfully built an audience that seeks original, cutting edge and exciting, thought-provoking material from America’s leading playwrights and emerging talents.

“American Theater persists because of new plays.There is no safety net of tradition, the way it is if you are doing “Cat on Hot Tin Roof. New plays are produced without a production history to fall back on,” says Herendeen, as he continues to speak about the  CATF, “We have created an audience with an adventurous appetite for new work and for serious Theatre.”

This past June, The DC-based National New Play Network (NNPN), the country’s alliance of non-profit theaters that champions the development and continued life of new plays, officially recognized the Contemporary American Theater Festival’s history of new play development by adding the organization as its 27th member. That distinction translates into new opportunities for funding and creative partnerships including eligibility for all of NNPN’s programs.

Yet, the production of new plays is not the lone ambition of the CATF, as I found out in a recent interview with Ed Herendeen in his spacious CATF office surrounded by Theatre source inspiration. Hundreds of theater books and memorabilia neatly line the bookshelves and stack the corners. A framed oversized poster of Chekhov hangs behind his desk, and on the adjoining wall nearly dominating the entire space, there is a fascinating enlarged framed photo of Chekhov, his wife, Stanislavski, and the Moscow Art Theatre reading The Seagull.

As the conversation of new plays continues, his energy segues into the ever-expanding vision of the Festival. The industrious long range goals include expanding to a six-play /six-week format. Additionally, the Festival’s multi-layered five-year Strategic Plan calls for the creation of what Herendeen views as the Playwright Mentoring Program to develop writers, and to establish support for an Equity group of actors in an Off- Stage Development Season for the off-months of the Contemporary America Theater Festival.

“In our Strategic Plan, we want to develop first a writing program where we would actually raise enough money where we can have a mentor playwright mentoring every writing student. We want to have workshops, and readings, and showcases, and actually have an Equity company in the off-season that would read the plays,” Ed says.

“The best gifts that I can give a writer are really talented actors so that they are getting age specific, and gender specific, and race specific actors to read their works that are so fragile and new. So we do have a plan in place – I don’t know when we will be able to launch it – but we are planning a writing program in the future.”

Certainly understandable, considering Herendeen and the CATF just fulfilled another dream in this 23rd season, with the official opening of a new facility – the 180-seat Stanley C. and Shirley A. Marinoff Theater. But with the completion of the Marinoff Theater, a solid organization in place, and never one to rest on his laurels, the CATF Founder’s future dreams are expanding – going global. 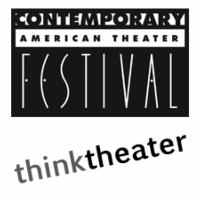 “We are also very interested exporting our work internationally. So we are looking at ways to take the work that we are developing and producing, and exporting it to other countries. It would be great!” Heredeen says enthusiastically. “The ideal situation would be to take for example, H2O to The Dublin Theatre Festival, to Edinburgh, or to the Greek Theatre Festival, or to Berlin. So we want to take our work and export it, and then import international audiences to descend upon Shepherdstown, WV – the oldest town in this rural state that is surrounded by history – and introduce them to the newest plays in America in a Festival atmosphere where they can immerse themselves in five new American stories.”

Travel, financial funding, and relationship building would obviously have to be solidified, but this international next step seems like a ‘no brainer’ for this aspiring American new play festival. “The focus has always been on the play and the playwright, but now with the opening of the new facility (with one more to go), now I am feeling the need to want to expand our audience base internationally as well as to introduce our work to an international audience – because it’s so American,” said Herendeen.

Why now, I asked? “I’ve always felt the need (to expand internationally) but now with the right staff in place, I feel that maybe I can be away a little bit more. I don’t have to be such a control freak,” he says with a smile.

So what motivates and drives this innovative man of many talents and abilities? Herendeen takes a thoughtful pause when asked, then replies, “What drives me are stories, storytelling, and the ability to work with the living writer. Creating each year a company of collaborative artists who come together to do this in rotating repertory motivates me. Each summer I am more and more energized because people come from all over the country and see all five plays and talk, and talk, and talk about the experience.”

Ed Herendeens’ focus and passion are very clear. Shaping the future of the American Theater and the Festival’s commitment and willingness to take risks on daring and provocative new works underscores the drive and mission of the CATF. According to his bio, CATF sells more than 12,000 tickets to its four-week rotating repertory season and attracts a national audience from 35 states to the region, and generates a local economic impact of more than $2.1 million to West Virginia’s Eastern Panhandle.

“I’m having a ball,” says Herendeen. “I started the Theatre (CATF) in many ways because I was able to create a place where I can do what I want to do, he says. “I do the plays I want to do, I get to direct the plays I want to do, so that allows me to direct the new work that I want do – that I feel needs to be witnessed that needs to be experienced. And I get to produc all of these plays at once, which for me gets to be this continuous immersion of five new American plays every year. What an opportunity!”

Ed Herendeen received his MA in Directing from Ohio University (where he was honored with the College of Fine Arts Distinguished Alumni Award in Theater), and he has worked at The Milwaukee Repertory Theatre, The Missouri Repertory Theatre, The Old Globe, The Lyceum Theatre, and the Williamstown Theatre Festival. Since 2011, Herendeen has served on the board of Theatre Communications Group (TCG), the national service organization for American theaters.

Concluding on Sunday, July 28, 2013, this is the final week to see the five plays headlining the 2013 CATF: A Discourse on the Wonders of the Invisible World by Liz Duffy Adams, Modern Terrorism, or They Who Want to Kill Us and We Learn to Love Them by Jon Kern, H2O by Jane Martin, Heartless by Sam Shepard, and Scott and Hem in the Garden of Allah by Mark St. Germain.

The five plays unveil original storytelling in a stimulating way inviting thought and wonder. Prepare to be moved. This year’s selections will touch your heart, tickle your imagination, and flat out shock you. Herendeen is the director of Jon Kern’s Modern Terrorism, or They Who Want to Kill Us, We Learn to Love Them,, and Sam Shepherd’s existential family drama, Heartless.

“I don’t think I have ever in my entire career directed a true satire, a true satire.” Heredeen repeats as he speaks of Modern Terrorism “I am so excited and just jazzed as a director to work in that style of the dark, black comedy. It’s a dangerous comedy, and it’s terrifically funny and dark – until it’s not, he says. “Jon Kern (a staff writer for The Simpsons) has written this play with such compassion and empathy that I believe it will make us think differently and cause each other to consider different issues and to talk.”

“Shepherds’ play, Heartless, is about the failure of human beings to connect. Heartless is a haunting play – funny, surreal, but acted realistically. You have the classic themes that are in Shepherd’s work: Repetition, wandering, rootlessness, and the dysfunction of the American family,” states Herendeen. “The refreshing difference in this play is that it’s four women and one guy. Can we run from our past? ,” Asks a questioning Ed in describing Heartless. “Our past haunts us. This is a journey into the discovery of oneself.”

This season of daring and entertaining new plays at the 2013 Contemporary American Theater Festival offer you something different from what you may be used to seeing in Theatre. No promises that everyone will leave with a smile on their face, but be assured, you will leave with a willing spirit, the challenge of hope, and a weekend full of inspiration.