DCMetroTheaterArts has now reviewed all 125 productions and 126 performances of this year’s Capital Fringe Festival. We also reviewed both of Country Joe Rosier’s performances of Ulysses S. Grant and Robert E. Lee. We even got to the opening performance of The Deadly Seven which closed after only one performance. 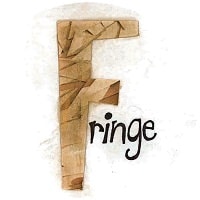 Thanks to DCMTA’s Fringe reviewers and the Capital Fringe staff for all hard work and respectful reviews. And thanks to the Fringe staff and the Fringe artists whose shows made this year’s Fringe Festival such a success.

We would love to know what you thought about the shows you saw, what you liked and did not like, an which shows you feel will go on to become hits elsewhere,

And thanks to all the Fringe artists who wrote Preview Articles. You can read these articles under our Fringe reviews,

And congrats to the other sites who reviewed and covered this year’s Capital Fringe.

A special thanks to all of you who visited DCMetroTheaterArts for our Capital Fringe coverage. Over 100,000 readers visited DCMTA during the Fringe and we invite all of you to become a regular reader of our site.